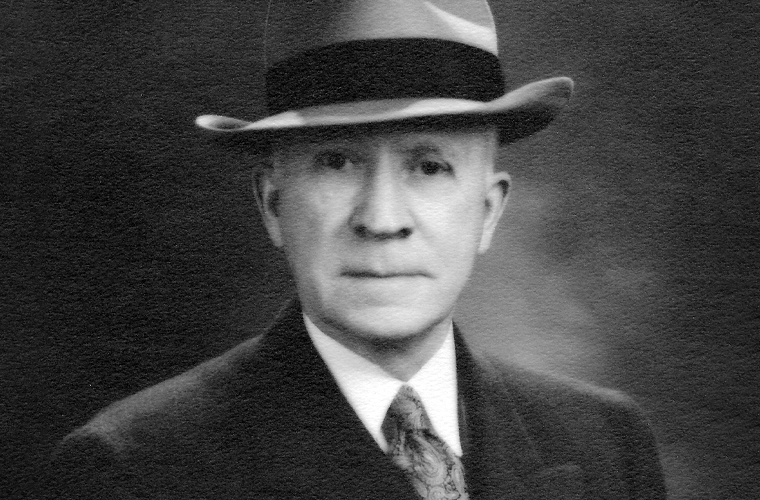 A white businessman, he pioneered black baseball as the founder and owner of the Kansas City Monarchs, directing the team’s destiny from the team’s entry in the Negro National League in its inaugural season, 1920, through the 1947 season. During this time the franchise had two dynasty periods, one in the 1920s in the first Negro National League, and the other during the first decade of the Negro American League, beginning in 1937. During the interim, the Monarchs toured as an independent team, traveling across the Midwest, into Canada, and even into Mexico, “scuffling” to remain solvent during the depths of the Depression.

Wilkinson’s father was the president of Algona Normal College, and as a youngster in Des Moines, Iowa, he played baseball until suffering an injury that ended his baseball participation as an active player. Retaining his interest in baseball, he entered the management end of the game, beginning with the All Nations team, which included players of various nationalities and ethnic backgrounds. After securing sponsorship from a Des Moines business establishment, the team toured the Midwest, playing top semi-pro and black ballclubs. Since the best players on the team were black, the ballclub eventually evolved into the Kansas City Monarchs, although for a short time he tried to maintain both franchises. Although the All Nations team faltered and folded, the Monarchs went on to a long and successful existence. When he first organized the Monarchs in 1920, Casey Stengel recommended several players from the 25th Infantry team at Fort Huachuca to Wilkinson, and they formed a nucleus for his early teams.

Under Wilkinson’s guidance, the Monarchs captured ten Negro league pennants (1923-1925, 1929, 1937, 1939-1942, and 1946) and two of the four Negro World Series in which they competed as representatives of their league. Wilkinson’s Monarchs won the first Negro World Series played in each of the two eras when the Series were played between the two competing leagues. In 1924 they defeated Hilldale in the first Series held between the Negro National League and the Eastern Colored League, and in 1942 they swept the Homestead Grays in the first Series between the Negro American League and the new Negro National League.

During the Depression, between the two eras when the Negro World Series was played, Wilkinson helped pioneer night baseball, installing a portable lighting system on the beds of trucks in 1930. The initial $50,000 system proved so successful that it was paid for during the team’s spring training tour of the Southwest.

After the color line in major league baseball was eradicated, the Monarchs eventually sent 27 players into the major leagues, more than any other black team. Among those players were Jackie Robinson, Satchel Paige, Ernie Banks, and Elston Howard.

Ailing, almost blind, and recognizing the inevitable end of the Negro Leagues, Wilkinson ended his twenty-eight years as the head of the Monarchs by selling his remaining half interest to Tom Baird in February 1948. Baird was a longtime associate who began working with Wilkinson in 1919 and who had served in many capacities prior to becoming a partner with Wilkinson.

During his years with the franchise, Wilkinson traveled with the team and looked after the best interests of his players, providing the best travel accommodations available and compensating the players generously. He was well-liked and respected for his honesty by both his players and executives from other teams.

Wilkinson was posthumously inducted into the National Baseball Hall of Fame in 2006.