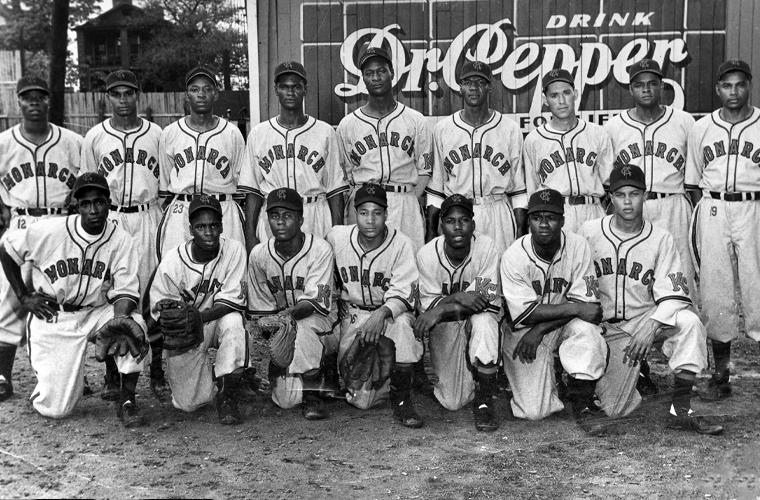 Owned by J.L. Wilkinson, a white businessman, the Monarchs were one of the best known and most successful black teams. The Monarchs captured a total of ten pennants, tying the Homestead Grays for the most flags by any Negro League team, and suffered only one losing season during their entire association with the Negro Leagues. And that season was during World War II when the roster was decimated by the loss of players to military service. The Monarchs also hold the distinction of having won the first World Series ever played between opposing leagues, both in the initial World Series in 1924 between the Negro National League and the Eastern Colored League, and again in the reinstated World Series in 1942 between the Negro National League and the Negro American League.

A charter member of the Negro National League, they played through the 1930 season, winning pennants in 1923-1925 and 1929 while never experiencing a losing season. They narrowly missed a fourth straight pennant in 1926, when they won the first-half title but lost a bitter nine-game playoff to the Chicago American Giants by dropping a doubleheader on the last day. The Monarchs played in the first two World Series ever played, facing the Hilldale team on both occasions.

After dropping out of the league they played independent ball until joining the Negro American League as a charter member in 1937 and remaining even after the league lost its major status. During the first six seasons (1937-1942) they won five pennants, missing only in 1938. After the return of many of their best players, who had been called to service during World War II, they annexed another flag in 1946. In 1942, the first World Series since 1927 was played between the Monarchs and the Homestead Grays, with the Monarchs sweeping the Grays in four straight games. In 1946 the Monarchs lost a tough seven-game Series to the Newark Eagles.

In 1948 the Monarchs won the second half of the split season but lost a seven-game playoff to the Birmingham Black Barons for the pennant and thereby missed a chance to appear in the last Negro World Series ever played. Following that World Series, the Negro National League folded and the Negro American League absorbed some of the franchises and expanded into division play. The Monarchs won the first-half title in 1949 and annexed a division title in 1950.

Wilkinson had sold the franchise after the 1948 season to Tom Baird, who continued to operate the Monarchs through the 1950s, but by then the league was strictly a minor league operation.