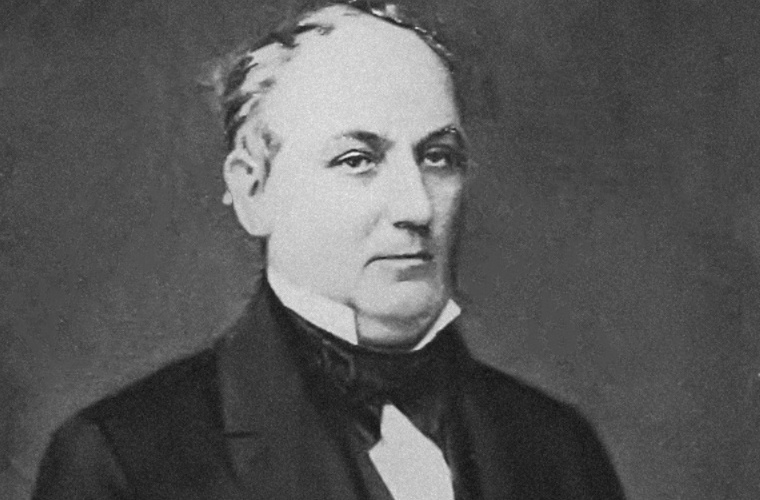 James Henry Hammond was born on Nov. 17, 1807, in the Newberry District of South Carolina. After graduating from South Carolina College (now the University of South Carolina), he established a successful law practice in Columbia. In 1831 he married Catherine E. Fitzsimmons, an heiress, and moved to a large cotton plantation on the Savannah River.

In 1832 Senator John C. Calhoun of South Carolina, outraged by new tariffs, engineered a state convention that passed an ordinance nullifying the federal policies and preparing the state for armed resistance to federal attempts to enforce them. During this crisis Hammond took an extreme position, advocating secession from the Union if the tariff was not repealed. As a member of the House of Representatives from 1834 to 1836, Hammond bitterly attacked the abolitionists, whom he felt should be subject to the death penalty.

During his term as governor from 1842 to 1844, Hammond converted the Citadel at Charleston, S.C., into a military academy, advocated public education, and conducted a state agricultural survey. He again urged the legislature to secede rather than accept tariff increases. This proposal, originated by Robert Barnwell Rhett, was blocked by Calhoun, whose supporters persuaded the legislature to follow a more moderate course. In 1850 Hammond attended the Nashville Convention of Southern States as a secessionist.

Hammond’s unwillingness to ally himself with either the Rhett or Calhoun factions prevented him from becoming a senator until 1857. During his term as senator, to the dismay of South Carolinians, he abandoned his secessionist views, for he had become convinced since 1850 that most Southerners had no desire to leave the Union as long as their rights were protected. He now urged Southerners to make concessions to Northern antislavery opinion, for he felt that Southern intransigence played into the hands of the abolitionists. His moderate views and his condemnation of proposals to reopen the slave trade lost his popularity at home. He did not favor secession after Abraham Lincoln’s election for he saw no threat to Southern rights, but, yielding to pressure, he resigned from the Senate.

During the Civil War ill health kept Hammond from participating actively in Confederate politics, apart from one unsuccessful effort to persuade the Confederate government to make cotton the basis of credit. He died on Nov. 13, 1864, leaving an estate that included more than 300 slaves.