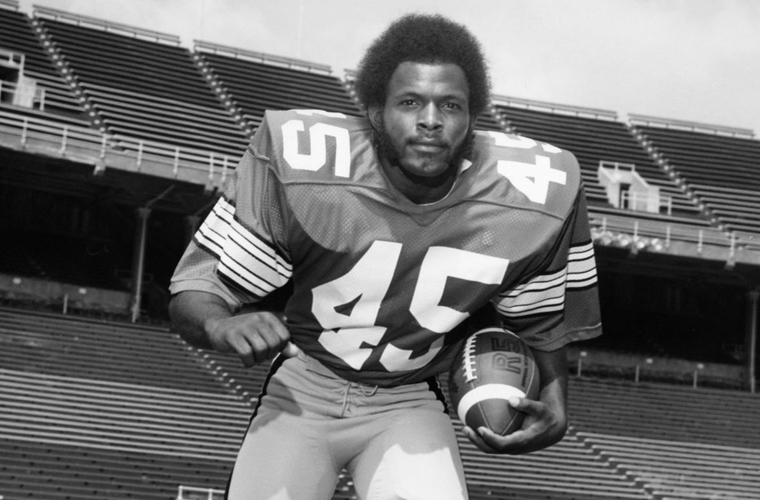 Archie Griffin was born on August 21, 1954. He became one of the greatest running backs in college football and the only player to win the Heisman Trophy twice.

Griffin played football for The Ohio State University from 1972 to 1975. He started as running back all four years that he played at OSU. During Griffin’s tenure, the Buckeyes won four Big Ten championships and played in the Rose Bowl four straight years. Griffin helped lead the Buckeyes to forty wins, five losses, and one tie while playing for OSU. During his time at Ohio State, Griffin scored a total of twenty-six touchdowns and gained 5,589 yards, a school record. Griffin had thirty-one straight regular-season games where he rushed for more than one hundred yards. This total remains an NCAA record to this day. These statistics are especially impressive because Coach Woody Hayes usually only allowed Griffin to play until the Buckeyes had a commanding lead. During Griffin’s time at OSU, this commonly meant that he only played for one-half of the game.

Griffin amassed numerous honors because of his football prowess. He won the Heisman trophy in both 1974 and 1975. Those two years he also was named the Most Valuable Player of the Big Ten and also selected as the National Player of the Year. A fine student, Griffin graduated with a degree in Industrial Relations a quarter early from OSU. In honor of Griffin’s academic accomplishments, the NCAA granted him the Top Five Award, which recognizes college athletes for performing well on the playing field, as well as in the classroom. He also was the first Buckeye football player to have his jersey number, number 45, retired.

Upon Griffin receiving his college degree, the Cincinnati Bengals drafted him. Griffin played eight years for this team and averaged 4.1 yards per carry for his career. Once he retired from football, Griffin returned to Ohio State as an administrator, eventually becoming the Associate Athletic Director. He currently serves as the President of The Ohio State University Alumni Association.