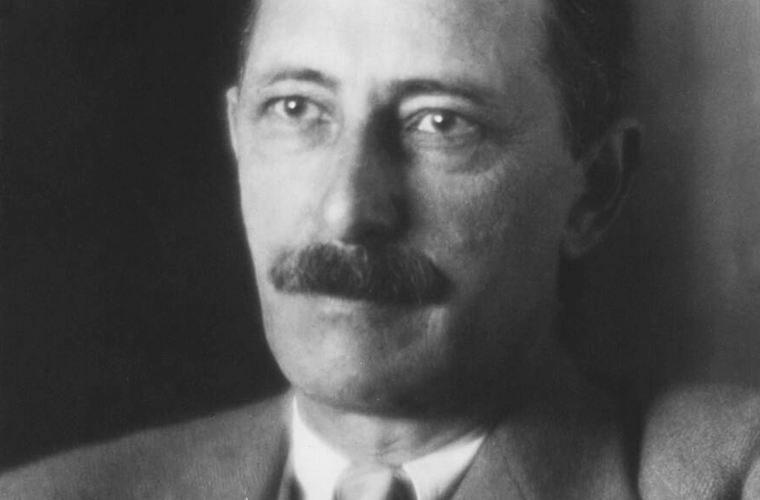 Joel Elias Spingarn (May 17, 1875 – July 26, 1939) was an American educator, literary critic, and civil rights, activist. Spingarn was born in New York City to an upper-middle-class Jewish family. He graduated from Columbia College in 1895. He grew committed to the importance of the study of comparative literature as a discipline distinct from the study of English or any other language-based literary studies.

Politics was one of his lifetime passions. In 1908, as a Republican, he ran unsuccessfully for a seat in the U.S. House of Representatives. In 1912 and 1916, he was a delegate to the national convention of the Progressive Party. At the first of those conventions, he failed in his attempts to add a statement condemning racial discrimination to the party platform.

He served as a professor of comparative literature at Columbia University from 1899 to 1911. His academic publishing established him as one of America’s foremost comparativists. It included two editions of A History of Literary Criticism in the Renaissance in 1899 and 1908 as well as edited works like Critical Essays of the Seventeenth-Century in 3 volumes. He summarized his philosophy in The New Criticism: A Lecture Delivered at Columbia University, March 9, 1910. There he argued against the constraints of such traditional categories as a genre, theme, and historical setting in favor of viewing each work of art afresh and on its own terms.

From 1904, his role in academic politics marked him as an independent spirit—too independent for the university’s autocratic president Nicholas Murray Butler. His differences with the administration ranged from personality conflicts to educational philosophy. Things came to a head in 1910, when he offered a resolution at a university faculty meeting in support of Harry Thurston Peck, a Columbia professor who had been summarily dismissed by Butler because of a public scandal involving a breach-of-promise suit. That precipitated Spingarn’s dismissal just five weeks later. He became part of a distinguished series of prominent academics who resigned or were dismissed during Butler’s tenure as president, including George Edward Woodberry, Charles Beard, and James Harvey Robinson.

Without an academic appointment but of independent means, Spingarn continued to publish in his field much as he had before, writing, editing and contributing to collections of essays. He was commissioned in the U.S. Army and served as a major during World War I. In 1919 he was a co-founder of the publishing firm Harcourt, Brace, and Company.

He also took up the other cause of his life, racial justice. An influential liberal Republican, he helped realize the concept of a unified black movement by joining the National Association for the Advancement of Colored People (NAACP) shortly after its founding and was one of the first Jewish leaders of that organization, serving as chairman of its board from 1913 to 1919, its treasurer from 1919 to 1930, its second president from 1930 until his death in 1939. In 1914 he established the Spingarn Medal, awarded annually by the NAACP for outstanding achievement by an African American. During World War I, according to an NAACP publication, he was instrumental in seeing that “a training camp for Negro officers at Des Moines was established and about 1,000 Negro officers commissioned.”

Always interested in gardening, in the years following 1920 he amassed the world’s largest collection of clematis—250 species—and published the results of his research on the early history of landscape gardening and horticulture in Dutchess County, New York. He served as a member of the Board of Managers for the New York Botanical Garden.

He lived with his wife, Amy Einstein Spingarn, in Manhattan and at their country estate which later became the Troutbeck Inn and Conference Center in Amenia, New York. They had two sons and two daughters. He died after a long illness on July 26, 1939. His will included a bequest to fund the Spingarn Medal in perpetuity.