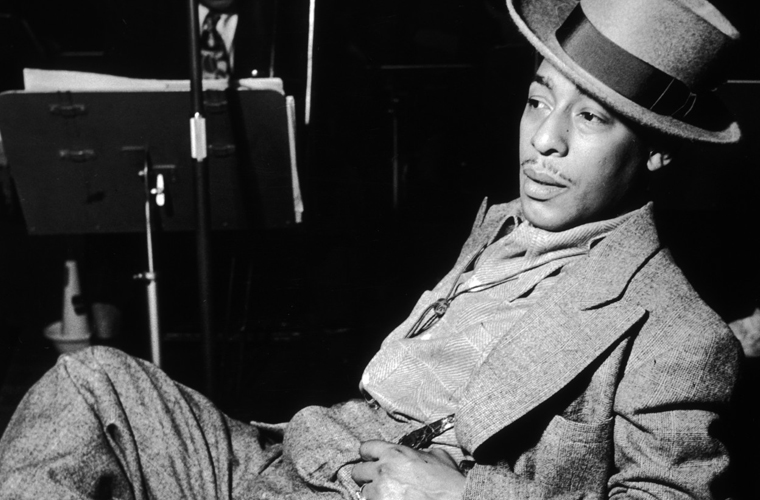 Johnny Hodges, in full John Cornelius Hodges, bynames Jeep and Rabbit, (born July 25, 1906, Cambridge, Mass., U.S.—died May 11, 1970, New York, N.Y.), American jazz saxophonist who was a featured soloist in Duke Ellington’s orchestra. Renowned for the beauty of his tone and his mastery of ballads, Hodges was among the most influential sax players in the history of jazz.

Initially, Hodges was a self-taught musician, playing drums and piano before taking up the soprano saxophone at age 14. He then received instruction from the legendary Sidney Bechet, one of the first important jazz soloists and perhaps Hodges’s only major influence. He worked in Boston and New York during the mid-1920s, playing in bands led by Lloyd Scott, Chick Webb, Bobby Sawyer, Luckey Roberts, and Bechet. He joined Duke Ellington’s orchestra in 1928 and was the band’s most-featured soloist for the next four decades.

Hodges played lead alto in Ellington’s sax section; his melody lines were an important component in the band’s palette of sounds. He was featured on countless Ellington recordings, demonstrating his skill at ballads (“Warm Valley,” “Passion Flower,” “In a Sentimental Mood”) and up-tempo numbers (“Things Ain’t What They Used to Be,” “The Jeep Is Jumpin’”). He projected sensuous elegance through a commanding sound and perfected the use of portamento (or “smearing” in jazz vernacular), in which the instrument glides from note to note in the manner of a slide trombone. His basic style did not change throughout the years, but his considerable technique and harmonic sense ensured that his solos always sounded fresh and contemporary.

Hodges was so closely associated with Ellington that jazz fans were taken by surprise when he left the band in 1951 to form his own combo. Other Ellington veterans such as Lawrence Brown and Sonny Greer, as well as the young John Coltrane, played in Hodges’s band. They had one hit recording, “Castle Rock,” but lasting success proved elusive, and they disbanded in 1955. Hodges rejoined the Ellington orchestra and remained with Ellington until his death, although he continued to engage in side projects and lead occasional recording sessions under his own name.

Hodges’s influence was so pervasive in American jazz that subsequent generations of saxophone players, even those who never heard him play, have emulated his style. He was a true original, about whom Ellington once said: “Johnny Hodges has complete independence of expression. He says what he wants to say on the horn,…in his language, from his perspective.”