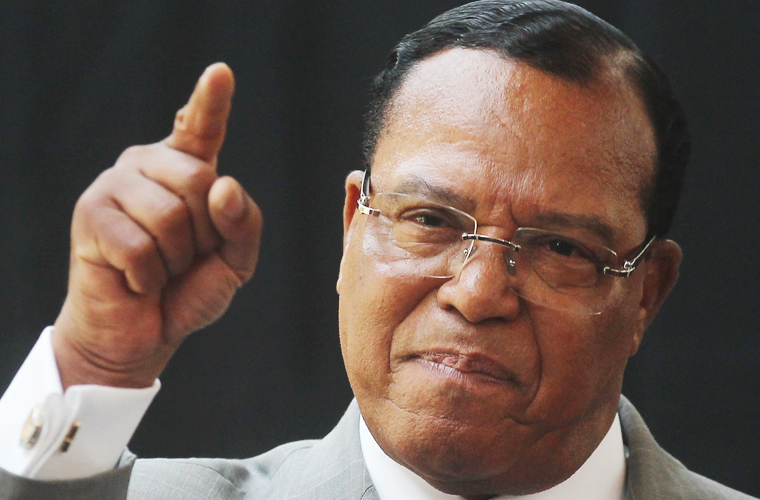 Louis Farrakhan has led the Nation of Islam, an African American movement that combined elements of Islam with black nationalism since 1978. Louis Farrakhan was born Louis Eugene Walcott on May 11, 1933, in the Bronx, New York. He joined the Nation of Islam in 1955 and in 1978 led a breakaway group of the Nation of Islam that preserved the original teachings of Elijah Muhammad. In the 1980s, Farrakhan was criticized for making anti-Semitic remarks; he denies being anti-Semitic. In 1995, he led the Million Man March on Washington, D.C.
Born Louis Eugene Wolcott, Louis Farrakhan grew up near Boston. He was raised by his mother, who came to the United States from the Caribbean island of St. Kitts. At first, Farrakhan sought to become an educator, winning a scholarship to Winston-Salem Teacher’s College. But he left after two years to pursue his passion for music. He had many talents, including being a skilled violinist and a good singer. Known as the Charmer, Farrakhan enjoyed some success in his career. He had a hit with the song “Jumbie Jamboree.” But Farrakhan soon discovered a different calling after attending a Nation of Islam event while performing in Chicago. The organization had been established by Elijah Muhammad in the 1930s. In his teachings, Muhammad called for the establishment of a separate nation for African Americans, and he decried whites as their oppressors. With encouragement from Muhammad’s right-hand man, Malcolm X, Farrakhan joined this Muslim movement in 1955. He took the name, Louis X. Using his musical abilities, Farrakhan penned the song “A White Man’s Heaven Is a Black Man’s Hell” for his new religious group. Farrakhan rose up in the organization’s hierarchy. He worked as an assistant minister to Malcolm X at a Boston mosque and then took over Malcolm X’s place when he went to preach at the Nation of Islam mosque in New York City’s Harlem neighborhood. The movement’s leader, Elijah Muhammad, also bestowed a holy name upon him, calling him Farrakhan. When Malcolm X split from the group in 1964, Farrakhan quickly filled his shoes, growing even closer to Elijah Muhammad. His relationship with Malcolm X turned bitter as Malcolm X started to speak about the group’s divisive racial theology and possible abuses of power by Muhammad. Some thought that Farrakhan may have been involved in Malcolm X’s assassination the following year. Three members of the Nation of Islam were later arrested for Malcolm X’s murder.
When Elijah Muhammad died in 1975, the Nation of Islam eventually fragmented. Muhammad had appointed as his successor his son, Warith Deen Mohammad (or Mohammed, according to some sources), who sought to take the group toward a more traditional practice of the Muslim faith. Farrakhan was not happy with this turn of events, and he eventually broke away from the group. In the late 1970s, Farrakhan started up a new Nation of Islam, one that adhered to the teachings of Elijah Muhammad. He started a newspaper, The Final Call, to help him communicate his views to others around this time. In his new position, Farrakhan remained outspoken on social and political issues, sometimes drawing fire for his racial and religious comments. In the early 1980s, Farrakhan threw his support behind Reverend Jesse Jackson’s presidential bid. A group within his organization, Fruit of Islam, provided security for Jackson during his 1984 run. Jackson’s campaign ran into trouble when Jackson made an anti-Semitic remark and Farrakhan rose to his defense. Over the years, Farrakhan has blamed the Jewish community for some of the suffering endured by African Americans. He has also criticized other ethnicities and racial groups.
One of Farrakhan’s most significant accomplishments has been organizing the 1995 Million Man March on Washington, D.C. That October, Farrakhan brought together a variety of African American leaders, such as Reverend Jesse Jackson, civil rights pioneer Rosa Parks and Malcolm X’s widow Betty Shabazz, to speak on important social issues to the crowd gathered there. The total number of participants has been a topic of debate, with estimates ranging from 400,000 to 2 million attendees. Farrakhan also held a Million Family March in 2000. While many recognize the value of Nation of Islam’s social and educational programs, Farrakhan has been criticized for some of his other activities. He toured 18 nations in 1996, which included a stop in Libya. Farrakhan accepted funds from the late Libyan leader Muammar al-Qaddafi for the Nation of Islam, but the U.S. government refused to let him keep the money. Farrakhan remains a polarizing figure to this day. He continues to fight oppression wherever he sees it, whether it’s in the nation’s educational system, government or urban communities. And Farrakhan is still making waves with his public comments.
previous post