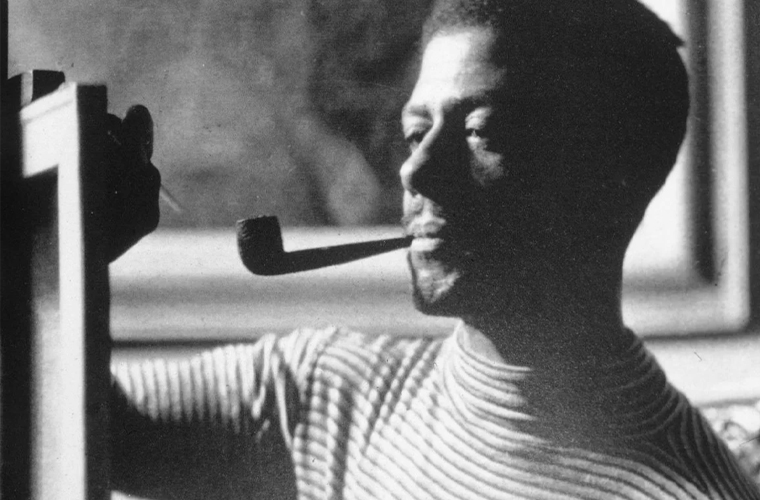 Malvin Gray Johnson was born in Greensboro, North Carolina on January 28, 1896. Johnson started creating artwork as a child. His first drawing lesson was given to him by his sister Maggie, after which he started creating paintings for the local annual fair. At eleven years old, Johnson made New Year’s calendars and sold them to his community.

During this period, the Harlem Renaissance was really flourishing. In 1925, Johnson participated in an exhibition with the Society of Independent Artists at the Waldorf-Astoria Hotel, in which progressive artists exhibited their work. Between the years 1927 and 1931, Johnson represented African American spirituals in nine known oil paintings. In 1928, Johnson created his best-known painting, Swing Low, Sweet Chariot, which launched his career and earned him the $250 Otto H. Khan prize from the Harmon Foundation.

In 1932, Johnson sold his painting, Negress, to the Whitney Museum of American Art in New York City. Also at this time, the Musical Art Forum of Orange, New Jersey obtained the largest acquisition of Johnson’s work, and Johnson created his work titled Negro Maks, which was gifted to the Hampton University Museum in Hampton, Virginia by the Harmon Foundation.

Johnson later participated in President Franklin D. Roosevelt’s New Deal program, the Public Works of Art Project (PWAP), in 1934. During this year he created a Self-Portrait, which can be found at the Smithsonian American Art Museum in Washington DC alongside another work titled, Brothers. Both pieces were gifted by the Harmon Foundation which recognized African American achievements in many fields such as literature, art, and music. Johnson showed his work in Harmon Foundation exhibitions for several years.

Later in 1934, Johnson traveled to Brightwood, Virginia to paint African American subjects, as well as landscapes. During his visit, he finished fifteen oil paintings and eighteen watercolor drawings. Among the first of his landscape paintings was his work, Untitled (Red Road), which represented social relationships. This work was meant to evoke those images in small southern communities. After returning to New York, Johnson died on October 24, 1934, due to heart failure at the age of thirty-eight.

Johnson had become a rising star in the 1920s and ’30s during the Harlem Renaissance and even had one of his paintings reproduced on the cover of Art Digest. However, due to his early death in 1934, his work started to fall into obscurity. His paintings would come to be appreciated again years after his death, and many of his works are now located in museums, private collections, and historically black universities.