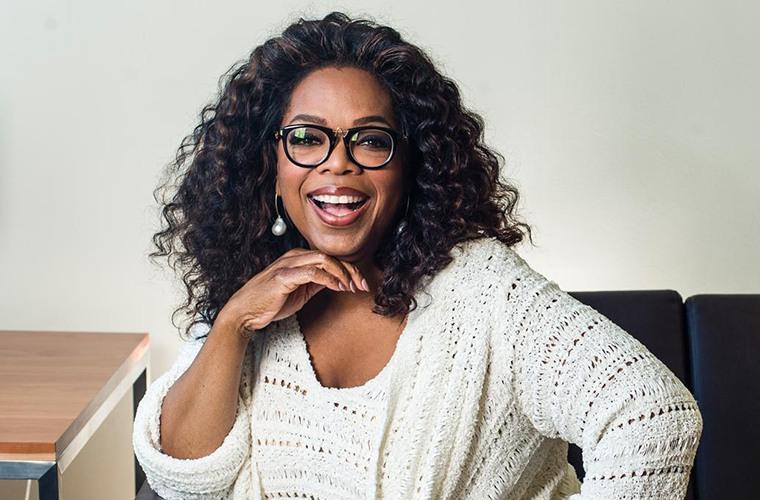 Oprah Gail Winfrey was born to Vernita Lee and Vernon Winfrey on an isolated farm in Kosciusko, Mississippi, on January 29, 1954. Her name was supposed to be Orpah, from the Bible, but because of the difficulty of spelling and pronunciation, she was known as Oprah almost from birth. Winfrey’s unmarried parents separated soon after she was born and left her in the care of her maternal grandmother on the farm.

As a child, Winfrey entertained herself by “playacting” in front of an “audience” of farm animals. Under the strict guidance of her grandmother, she learned to read at two and a half years old. She addressed her church congregation about “when Jesus rose on Easter Day” when she was two years old. Then Winfrey skipped kindergarten after writing a note to her teacher on the first day of school saying she belonged in the first grade. She was promoted to third grade after that year.

At six years old Winfrey was sent north to join her mother and two half-brothers in a Milwaukee ghetto, an extremely poor and dangerous neighborhood. At twelve years old she was sent to live with her father in Nashville, Tennessee. Feeling secure and happy for a brief period she began making speeches at social gatherings and churches, and one time earned five hundred dollars for a speech. She knew then that she wanted to be “paid to talk.”

Winfrey, again, was called back by her mother, and she had to leave the safety of her father’s home. The poor, urban lifestyle had a negative effect on Winfrey as a young teenager, and her problems were compounded by repeated sexual abuse, starting at age nine, by men that others in her family trusted. Her mother worked odd jobs and did not have much time for supervision.

Winfrey became an excellent student, participating as well in the drama club, debate club, and student council. In an Elks Club speaking contest, she won a full scholarship to Tennessee State University. The following year she was invited to a White House Conference on Youth. Winfrey was crowned Miss Fire Prevention by WVOL, a local Nashville radio station, and was hired by the station to read afternoon newscasts.

Winfrey became Miss Black Nashville and Miss Tennessee during her freshman year at Tennessee State. The Nashville Columbia Broadcasting System (CBS) affiliate offered her a job; Winfrey turned it down twice, but finally took the advice of a speech teacher, who reminded her that job offers from CBS were “the reason people go to college.” The show was seen each evening on WTVF-TV, and Winfrey was Nashville’s first African American female co-anchor of the evening news. She was nineteen years old and still a sophomore in college.

After Winfrey graduated, WJZ-TV in Baltimore, Maryland, scheduled her to do the local news updates, called cut-ins, during Good Morning, America, and soon she was moved to the morning talk show Baltimore Is Talking with cohost Richard Sher. After seven years on the show, the general manager of WLS-TV, American Broadcasting Company’s (ABC) Chicago affiliate, saw Winfrey in an audition tape sent in by her producer, Debra DiMaio. At the time her ratings in Baltimore were better than Phil Donahue’s, a national talk-show host, and she and DiMaio were hired.

Winfrey moved to Chicago, Illinois, in January 1984 and took over as anchor on A.M. Chicago, a morning talk show that was consistently last in the ratings. She changed the emphasis of the show from traditional women’s issues to current and controversial (debatable) topics, and after one month the show was even with Donahue’s program. Three months later it had inched ahead. In September 1985 the program, renamed the Oprah Winfrey Show, was expanded to one hour. As a result, Donahue moved to New York City.

In 1985 Quincy Jones (1933–) saw Winfrey on television and thought she would make a fine actress in a movie he was co-producing with director Steven Spielberg (1946–). The film was based on Alice Walker’s (1944–) novel The Color Purple. Her only acting experience until then had been in a one-woman show, The History of Black Women Through Drama and Song, which she performed during an African American theater festival in 1978.

The popularity of Winfrey’s show skyrocketed after the success of The Color Purple, and in September 1985 the distributor King World bought the syndication rights (the rights to distribute a television program) to air the program in one hundred thirty-eight cities, a record for first-time syndication. That year, although Donahue was being aired on two hundred stations, Winfrey won her time slot by 31 percent, drew twice the Chicago audience as Donahue, and carried the top ten markets in the United States.

In 1986 Winfrey received a special award from the Chicago Academy for the Arts for their unique contributions to the city’s artistic community and was named Woman of Achievement by the National Organization of Women. The Oprah Winfrey Show won several Emmys for Best Talk Show, and Winfrey was honored as Best Talk Show Host.

Winfrey formed her own production company, Harpo, Inc., in August 1986 to produce the topics that she wanted to see produced, including the television drama miniseries based on Gloria Naylor’s The Women of Brewster Place, in which Winfrey was featured along with Cicely Tyson, Robin Givens, Olivia Cole, Jackee, Paula Kelly, and Lynn Whitfield. The miniseries aired in March 1989 and a regular series called Brewster Place, also starring Winfrey, debuted on ABC in May 1990. Winfrey also owned the screen rights to Kaffir Boy, Mark Mathabane’s autobiographical (having to do with a story about oneself) book about growing up under apartheid in South Africa, as well as Toni Morrison’s (1931–) novel Beloved.

In September 1996 Winfrey started an on-air reading club. On September 17 Winfrey stood up and announced she wanted “to get the country reading.” She told her adoring fans to hasten to the stores to buy the book she had chosen. They would then discuss it together on the air the following month.

The initial reaction was astonishing. The Deep End of the Ocean had generated significant sales for a first novel; sixty-eight thousand copies had gone into the stores since June. But between the last week in August, when Winfrey told her plans to the publisher, and the September on-air announcement, Viking printed ninety thousand more. By the time the discussion was broadcast on October 18, there were seven hundred fifty thousand copies in print. The book became a number one best-seller, and another one hundred thousand were printed before February 1997.

The club ensured Winfrey was the most powerful book marketer in the United States. She sent more people to bookstores than morning news programs, other daytime shows, evening magazines, radio shows, print reviews, and feature articles combined. But after a six-year run with her book club, Winfrey decided to cut back in the spring of 2002 and no longer have the book club as a monthly feature.

Although one of the wealthiest women in America and the highest-paid entertainer in the world, Winfrey has made generous contributions to charitable organizations and institutions such as Morehouse College, the Harold Washington Library, the United Negro College Fund, and Tennessee State University.