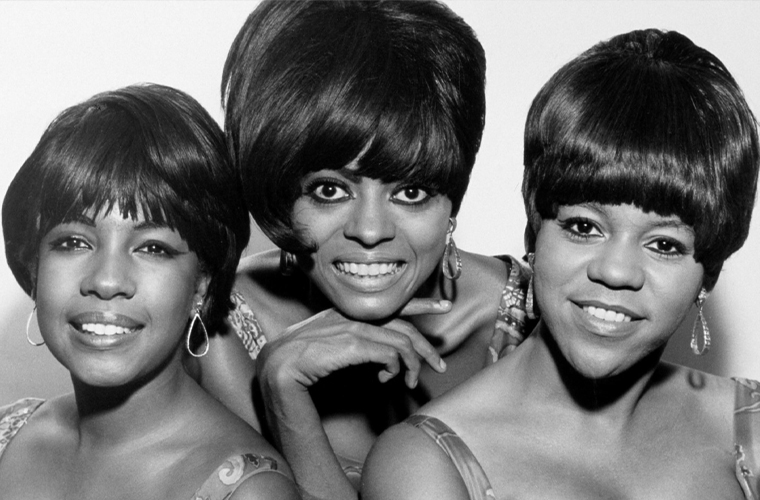 The Supremes, an American pop-soul vocal group whose tremendous popularity with a broad audience made its members among the most successful performers of the 1960s and the flagship act of Motown Records. The principal members of the group were Diana Ross (byname of Diane Earle; b. March 26, 1944, Detroit, Michigan, U.S.), Florence Ballard (b. June 30, 1943, Detroit —d. February 22, 1976, Detroit), Mary Wilson (b. March 6, 1944, Greenville, Mississippi—d. February 8, 2021, Henderson, Nevada), and Cindy Birdsong (b. December 15, 1939, Camden, New Jersey).

Not only were the Supremes the Motown label’s primary crossover act, but they also helped change the public image of African Americans during the civil rights era. With their sequined evening gowns and the sophisticated pop-soul swing given them by the songwriting-production team of Brian Holland, Lamont Dozier, and Eddie Holland from 1964 to 1967, the Supremes were the idealized look and sound of the “integrated Negro.” Indeed, the youth of America learned many of its first lessons about racial equality from teen magazines that documented every hyper-glamourized move the Supremes made as they went from topping the pop chart to appearances on The Ed Sullivan Show to sold-out Las Vegas, Nevada, bookings.

Their story began humbly enough when a group of working-class girls from Detroit’s Brewster public housing project formed a singing group called the Primettes, their name derived from their sister-act association with the Primes, a forerunner of the Temptations. The details of the group’s formation (namely, who came first) have been disputed, but, from a series of permutations of five principals (including, initially, Betty McGlown), a quartet emerged that comprised Ballard, Barbara Martin, Ross, and Wilson. After recording briefly with Lupine Records, the quartet signed with Berry Gordy’s Motown Records in 1960. They changed their name to the Supremes before releasing their first Motown single in 1961, and upon the subsequent departure of Martin the remaining trio went on to score five U.S. number one hits in a row between 1964 and 1965.

But the Supremes didn’t catch on right away. It took a while to create the distinctive look and sound that ultimately made them famous. Gordy unsuccessfully paired the group with different musicians and songs for three years until he finally stumbled upon the right formula. In 1964 Holland-Dozier-Holland gave the Supremes their first number one single with “Where Did Our Love Go.” Embellishing Ross’s precise, breathy phrasing with chiming bells and a subdued rhythm section gave the Supremes an intentional lack of identifiable ethnicity. Not really sounding “white” or stereotypically “Black,” hit singles like “Baby Love” and “Come See About Me” (both 1964) sounded modern, upwardly mobile, and stylishly sensual in a way that appealed equally to adults and teens of all persuasions.

The group continued to rack up chart-topping hits but was ultimately pulled apart by conflicting individual and corporate ambitions. By the end of 1967, the Supremes had lost both Ballard (who was replaced by Birdsong) and producers Holland-Dozier-Holland. The group continued recording for two more years as Diana Ross and the Supremes, largely to prepare the public for Ross’s solo career. Jean Terrell became the first of many new group members who helped Wilson keep the Supremes alive and recording for seven years after Ross departed in 1970.

Ross’s solo career was greatly aided by starring roles in films financed by her longtime mentor, Gordy. Lady Sings the Blues (1972), Mahogany (1975), and The Wiz (1978) and their soundtrack albums kept Ross in the public eye and ear for most of the 1970s. The Boss (1979), produced by Nickolas Ashford and Valerie Simpson, and Diana (1980), produced by Chic’s Nile Rodgers and Bernard Edwards, were both hits, but aside from a controversial concert in Central Park, New York City, in 1983 and some American television appearances, Ross spent the rest of the 1980s and ’90s cultivating a foreign fan base that outstripped her popularity in the United States.