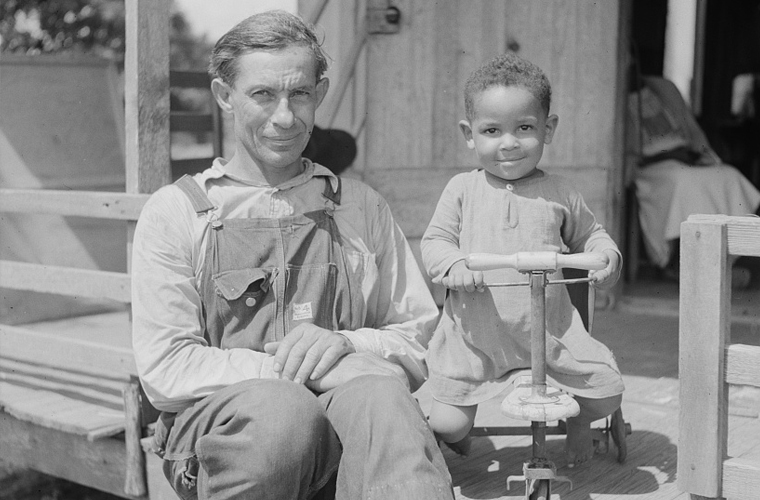 The English term “mulatto” is derived from the Spanish and Portuguese mulato. The origin of mulato is uncertain. Some of the most important slave narratives were written by mulattoes. This included Frederick Douglass, Harriet Jacobs, Moses Roper, Lewis Clarke, and William Wells Brown.

The term may derive from mula (current Portuguese word, from the Latin mūlus), meaning mule, the hybrid offspring of a horse and a donkey. The Real Academia Española traces its origin to mulo in the sense of hybridity; originally used to refer to any mixed race person.

Some dictionaries and scholarly works trace the word’s origins to the Arabic term muwallad, which means “a person of mixed ancestry”.Muwallad literally means “born, begotten, produced, generated; brought up”, with the implication of being born and raised among Arabs, but not of Arab blood. Muwallad is derived from the root word WaLaD (Arabic: ولد direct Arabic transliteration: waw, lam, dal), and colloquial Arabic pronunciation can vary greatly. Walad means, “descendant, offspring, scion; child; son; boy; young animal, young one”.

In al-Andalus, Muwallad referred to the offspring of non-Arab/Muslim people who adopted the Islamic religion and manners. Specifically, the term was historically applied to the descendants of indigenous Christian Iberians who, after several generations of living among a Muslim majority, adopted their culture and religion. Notable examples of this category include the famous Muslim scholar Ibn Hazm. According to Lisan al-Arab, one of the earliest Arab dictionaries (c. 13th century AD), applied the term to the children of Non-Muslim (often Christian) slaves, or Non-Muslim children who were captured in a war and were raised by Muslims to follow their religion and culture. Thus, in this context, the term “Muwalad” has a meaning close to “the adopted”. According to the same source, the term does not denote being of mixed-race but rather being of foreign-blood and local culture.

In English, printed usage of mulatto dates to at least the 16th century. The 1595 work Drake’s Voyages first used the term in the context of intimate unions producing biracial children, with the Oxford English Dictionary defining mulatto here as “one who is the offspring of a European and a Black”. This earliest usage regarded “black” and “white” as discrete “species”, with the “mulatto” constituting a third separate “species”.

According to Julio Izquierdo Labrado, the 19th-century linguist Leopoldo Eguilaz y Yanguas, as well as some Arabic sources muwallad is the etymological origin of mulato. These sources specify that mulato would have been derived directly from muwallad independently of the related word muladí, a term that was applied to Iberian Christians who had converted to Islam during the Moorish governance of Iberia in the Middle Ages.

The Real Academia Española (Spanish Royal Academy) casts doubt on the muwallad theory. It states, “The term mulata is documented in our diachronic data bank in 1472 and is used in reference to livestock mules in Documentacion medieval de la Corte de Justicia de Ganaderos de Zaragoza, whereas muladí (from mullawadí) does not appear until the 18th century, according to Joan Corominas”

Scholars such as Werner Sollors cast doubt on the mule etymology for mulatto. In the 18th and 19th centuries, racialists such as Edward Long and Josiah Nott began to assert that mulattoes were sterile like mules. They projected this belief back onto the etymology of the word mulatto. Sollors points out that this etymology is anachronistic: “The Mulatto sterility hypothesis that has much to do with the rejection of the term by some writers is only half as old as the word ‘Mulatto.'”