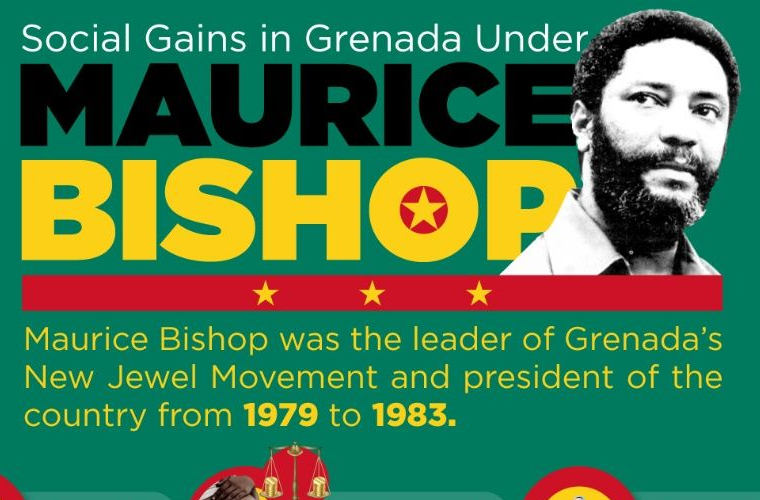 In 1969 Maurice Bishop returned to Grenada after studying law in England. Soon afterward he helped form the Movement for Assemblies of the People (MAP) and the Movement for the Advance of Community (MACE). In 1973 these organizations merged with Joint Endeavor for Welfare, Education, and Liberation (JEWEL) to establish the New Jewel Movement (NJM).

In 1979 a rumor began circulating that Gairy planned to use his “Mongoose Gang” to assassinate leaders of the New Jewel Movement while he was out of the country. On 13th March 1979, Maurice Bishop and the NMJ took over the nation’s radio station. With the support of the people, the NMJ was able to take control of the rest of the country.

Influenced by the ideas of Marxists such as Fidel Castro, Che Guevara, and Daniel Ortega, Bishop began establishing Workers’ Councils in Grenada. He received aid from the Soviet Union and Cuba and with this money constructed an aircraft runway to improve tourism.

Bishop attempted to develop a good relationship with the United States and allowed private enterprise to continue on the island. Bernard Coard, the Minister of Finance, disagreed with this policy. He also disliked Bishop’s ideas on grassroots democracy. On 19th October, with the support of the army, Coard overthrew the government. Maurice Bishop and most of his ministers were arrested and executed.

President Ronald Reagan, who had been highly critical of Bishop’s government, took this opportunity to intervene and sent in the United States Marines. The initial assault on 25th October 1983, consisted of some 1,200 troops, and they were met by stiff resistance from the Grenadian army. Heavy fighting continued for several days, but as the invasion force grew to more than 7,000, the defenders either surrendered or fled into the mountains.

Bernard Coard, along with Phyllis Coard, Selwyn Strachan, John Ventour, Liam James and Keith Roberts, was arrested on 31st October 1983. The leaders of the coup were put on trial in August 1986. Along with 13 others, the Board was sentenced to death.