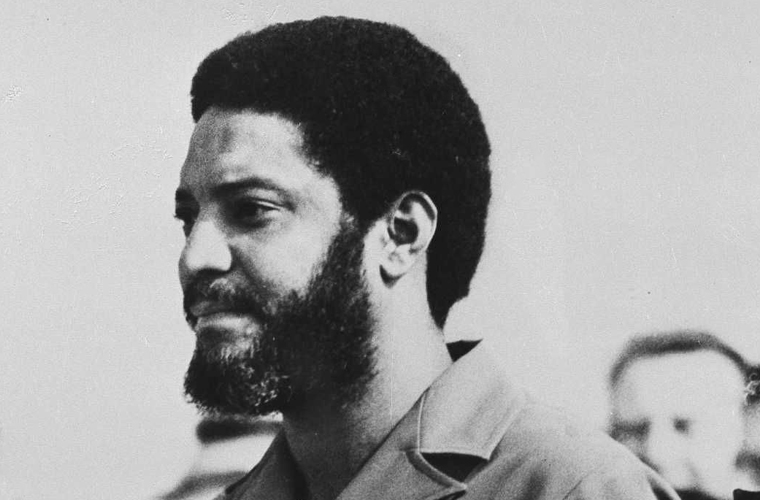 Career: Called to the Bar at Gray’s Inn, 1969; Movement for Assemblies of the People, Grenada, founder, 1972; New Jewel {Joint Endeavor for Welfare, Education, and Liberation} Movement, Grenada, founder, 1973; Grenada government, opposition leader in Parliament, 1976-79, minister for foreign and home affairs, information, and culture, and for national security and Carriacou affairs, 1979-81, prime minister, 1979-83, minister for defense, the interior, and health, 1981-83. and scholarship programs. Under Bishop’s rule, the island’s economic infrastructure was bolstered. Fish selling centers were updated, feeder roads were built to aid small farmers in getting to market, and islanders began producing jellies and jams to encourage colonists, who were fond of imported foods, to buy local. Plans were in the works to accommodate and revive the tourist industry.

Many of the improvements instituted by Bishop were funded by Cuban and other Soviet bloc aid, which made him a target of suspicion among non-Communist governments, namely the United States. “Despite Grenada’s small size, U.S. officials feared its close links with Cuba and the Soviet Union would make it a gateway for Communist subversion in South America,” James M. Wallace wrote in U.S. News & World Report. Bishop was an avowed pro-Castro Marxist and a critic of “American imperialism.” But Bishop was a moderate Marxist who was more concerned with the practical matters of his nation than he was with Communist rhetoric or Cold War politics.

He even traveled to Washington for meetings to quell the heated antagonism between the United States and his tiny island. “At the time,” Wallace continued, “he was already under fire in his own party for retaining too much private enterprise in the island’s economy. Russian and Cuba also reportedly opposed his proposals to return Grenada to some form of constitutional government.” Finance Minister Bernard Coard, Bishop’s top man, was a more conservative Marxist, however, as Bishop was working on relations with America, Coard was devoutly anti-American. Reports of friction between the two were common. When Bishop accepted a $14.1 million loan from the International Monetary Fund, some conservative factions suspected that Bishop had agreed to shift his socialist tendencies in order to secure the money.

In October of 1983, infighting between Bishop and Coard came to a murderous head. Coard and his cronies managed to depose Bishop and replace him with a 16-member “Revolutionary Military Council,” made up entirely of army officers. The council immediately banned demonstrations, closed schools, and imposed a four-day, 24-hour curfew, with violators to be shot on sight. General Hudson Austin had led the coup, and the administration of U.S. President Ronald Reagan feared it had taken place with the collusion of Cuba or the Soviet Union. Austin would be placed as leader of the island, and observers feared Grenada would be doomed under the junta.

For almost a week, Radio Free Grenada aired conflicting reports of the coups and countercoups happening on the island; Grenada was in a state of chaos. Bishop was being kept under house arrest in the capital of St. George’s when a crowd burst past armed guards and carried Bishop out onto the streets and into the heart of a mob of protesters chanting “We get we, leader, back.” Almost immediately, truckloads of soldiers began firing into the crowd and recaptured Bishop, leading him away at gunpoint. That night, October 19, 1983, Bishop and five other officials were executed. A violent backlash against the new rulers was fueled in part by accounts of Bishop’s death. Grenada’s popular leader was reportedly shot inside Army headquarters after surrendering with his hands in the air.

Six days after Bishop’s execution, U.S. President Ronald Reagan sent U.S. troops into Grenada on a mission to evacuate 500 U.S. medical students and defuse the chaos. In the process, 17 of those who instigated the coup and Bishop’s murder were captured, and stability was restored. October 25, the day U.S. troops landed on Grenadian shores, is celebrated as Thanksgiving Day in the nation. Bishop continues to be held as a martyr; his enormous popularity endures even in death. However, most Grenadians generally are aware of his government’s abuses. Hundreds of his political opponents were imprisoned and never tried, and the free press ceased under his administration, which refused to hold free elections and took over the country’s churches. Still, few will criticize him publicly.

When free elections were finally held in December of 1984, there was “a lot of political cynicism,” one Grenadian student told the Wall Street Journal. Lacking a charismatic candidate, many citizens refused to vote at all. But democracy eventually took hold on the island. In the following four elections, losing parties turned over the country without incident. The nation’s “clear appreciation for democracy is perhaps one of the most noteworthy legacies of those calamitous events of 1983,” wrote Steven Griner in America.