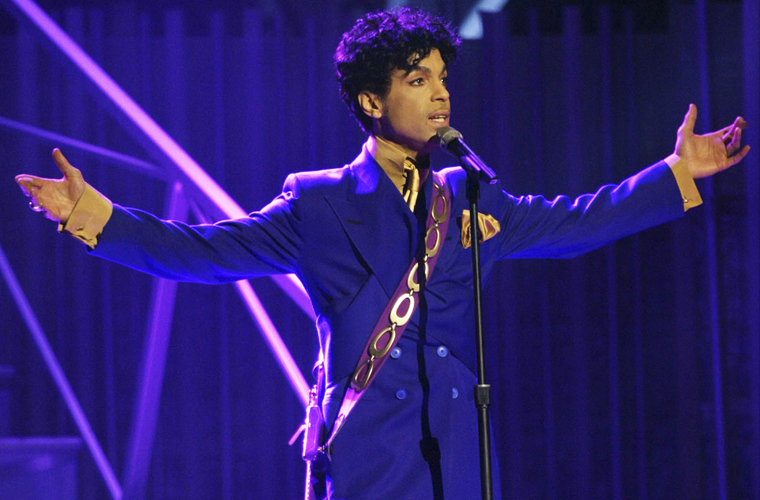 , (born June 7, 1958, Minneapolis, Minnesota, U.S.—died April 21, 2016, Chanhassen, Minnesota), singer, guitarist, songwriter, producer, dancer, and performer on keyboards, drums, and bass who was among the most talented American musicians of his generation. Like Stevie Wonder, he was a rare composer who could perform at a professional level on virtually all the instruments he required, and a considerable number of his recordings feature him in all the performing roles. Prince’s recording career began with funk and soul marketed to a black audience; his early music also reflected the contemporary musical impact of disco. Later records incorporated a vast array of influences, including jazz, punk, heavy metal, the Beatles, and hip-hop, usually within an overall approach most informed by funky up-tempo styles and soulful ballads; the latter often featured his expressive falsetto singing.

Taking an early interest in music, Prince began playing the piano at age 7 and had mastered the guitar and drums by the time he joined his first band at age 14. With very few African American residents, his hometown, Minneapolis, Minnesota, was an unlikely site for the development of a major black star, but Prince even managed to lead other local musicians, most notably Jimmy Jam and Terry Lewis, to major success.

Mirrored by correspondingly intense music, Prince’s lyrics often address sexuality and desire with frankness and imagination. Much of his work, in its lyrics and imagery, struggles with the constriction of social conventions and categories. As one of his biographers put it, “The whole thrust of Prince’s art can be understood in terms of a desire to escape the social identities thrust upon him by simple virtue of his being small, black, and male.”

Prince explored typographical oddities in his song titles and lyrics as another way of evading convention. In 1993 he announced that he had changed his name to a combination of the male and female gender signs—

“Little Red Corvette” (1983) was Prince’s first big crossover hit, gaining airplay on MTV at a time when virtually no black artists appeared on the influential new medium. Purple Rain (1984) made him one of the major stars of the 1980s and remains his biggest-selling album. The album, which was the Academy Award-winning soundtrack to a film of the same name, also earned a Grammy Award. Three of its singles were hits: the frenetic “Let’s Go Crazy,” the androgynous but vulnerable “When Doves Cry,” and the anthemic title cut. Thereafter, he continued to produce inventive music of broad appeal; outside the United States, he was particularly popular in Britain and the rest of Europe.

Throughout most of his career, Prince’s prolific inventiveness as a songwriter clashed with his record company’s policy of releasing only a single album each year. As a backlog of his completed but unreleased recordings piled up, he gave songs to other performers—some of whom recorded at and for Paisley Park, the studio and label he established in suburban Minneapolis—and even organized ostensibly independent groups, such as the Time, to record his material. His 1996 album Emancipation celebrated the forthcoming end of his Warner Brothers contract, which enabled him to release as much music as he liked on his NPG label. Later he explored marketing his work on the Internet and through private arrangements with retail chains as a means of circumventing the control of large record companies. In 1999, however, he released Rave Un2 the Joy Fantastic under the Arista label; a collaboration with Sheryl Crow, Chuck D, Ani DiFranco, and others, the album received mixed reviews and failed to find a large audience. Prince (who, following the formal termination of his contract with Warner Brothers in 1999, stopped using the symbol as his name) was inducted into the Rock and Roll Hall of Fame in 2004. That year he also released Musicology, an album that both sold well and was much praised by critics.

Prince was found dead at his Paisley Park estate on April 21, 2016. An autopsy later revealed that he had died from an accidental overdose of fentanyl, a powerful opioid.