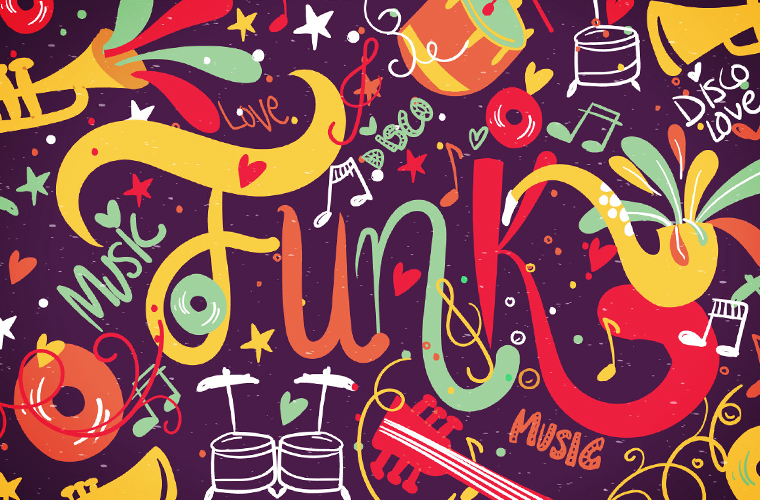 Funk, a rhythm-driven musical genre popular in the 1970s and early 1980s that linked soul to later African-American musical styles. Like many words emanating from the African-American oral tradition, funk defies literal definition, for its usage varies with circumstance. As a slang term, funky is used to describe one’s odor, unpredictable style, or attitude. Musically, funk refers to a style of aggressive urban dance music driven by hard syncopated bass lines and drumbeats and accented by any number of instruments involved in rhythmic counterplay, all working toward a “groove.”

The development of the terms funk and funky evolved through the vernacular of jazz improvisation in the 1950s as a reference to a performance style that was a passionate reflection of the black experience. The words signified an association with harsh realities—unpleasant odors, tales of tragedy and violence, erratic relationships, crushed aspirations, racial strife—and flights of imagination that expressed unsettling yet undeniable truths about life.

James Brown’s band established the “funk beat” and modern street funk in the late 1960s. The funk beat was a heavily syncopated, aggressive rhythm that put a strong pulse on the first note of the musical measure (“on the one”), whereas traditional rhythm and blues emphasized the backbeat (the second and fourth beats of the measure). Brown and others, such as Sly and the Family Stone, began to use funk rhythms as their musical foundation while their lyrics took on themes of urgent social commentary.

In the early 1970s funk became the musical standard for bands such as the Ohio Players and Kool and the Gang and soul singers such as the Temptations and Stevie Wonder, its driving beat accompanied by lush, melodic arrangements and potent, thoughtful lyrics. Parliament-Funkadelic and other bands sang the praises of funk as a means of self-development and personal liberation, while established jazz artists such as Miles Davis and Herbie Hancock adapted and explored the funk groove. The disco music of the late 1970s evolved from the rhythmic and social foundation of funk.

In the 1980s the sexually expressive aspects of funk were popularized through the works of Rick James and Prince, while the funk beat became the primary rhythm in black popular music. The influence of funk spread to other styles in the 1980s—mixing with the gritty realism of hard rock and punk and the experimentation of much of the electronic music of the time. With the rise of rap music in the 1980s and its “sampling” of 1970s funk songs, funk grew in stature and significance in hip-hop culture. It became associated with ancient mysteries in the black tradition, providing hip-hop with a historical link to artists and cultural movements of the past. As part of hip-hop’s influence on popular culture, funk provided the rhythmic basis for most American dance music of the 1990s.