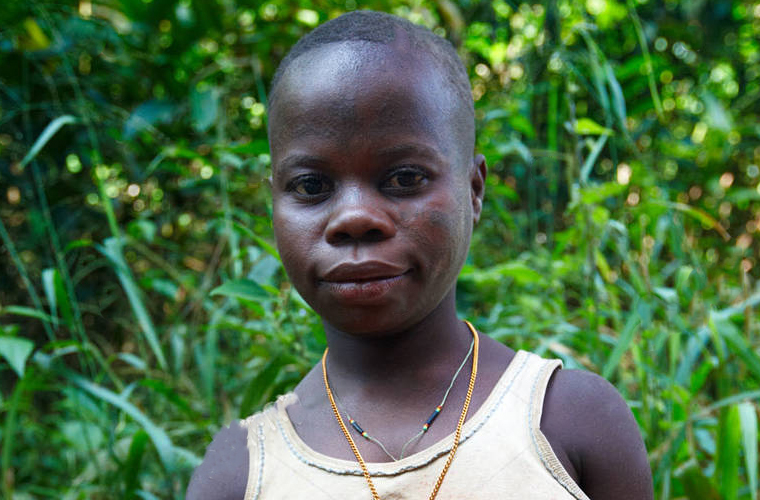 Pygmy, in anthropology, member of any human group whose adult males grow to less than 59 inches (150 cm) in average height. A member of a slightly taller group is termed pygmoid.

The best-known Pygmy groups and those to whom the term is most commonly applied are the Pygmies of tropical Africa; elsewhere in Africa some of the San (Bushmen) of the Kalahari are of Pygmy size. There are also Pygmy groups, commonly known as Negritos, in Asia. Similarities in the physical features of the African and Asian groups are a result of their long period of adaptation to similar environments.

Virtually all Pygmy peoples are hunters and gatherers, practicing neither agriculture nor cattle raising. Most maintain close symbiotic relations with other groups in their region; consequently, most have lost their indigenous languages and adopted that of their neighbors.

The famous Pygmy groups of the Ituri Forest in Congo (Kinshasa) present an example of a culture changing as a result of acculturation with neighboring peoples. Known collectively as the Bambuti (Mbuti), they are probably the earliest inhabitants of the region.

Another well-known Pygmy group in equatorial Africa are the Twa (Batwa), who live in the high mountains and plains around Lake Kivu, in Congo, Rwanda, and Burundi, in symbiosis with the pastoral Tutsi, the agricultural Hutu, and other tribes. Many specialize in pottery, which they market; others hunt; some act as court musicians and attendants.

Westward, in the marshes south of the Congo River, is the large group of Tswa (Batswa), who, like the Twa, have adopted much of the culture and language of neighboring tribes. They live largely by fishing and trapping.

North of the Congo, in the forest west of the Ubangi River, are the Babinga. This is also an acculturated group of pygmoids, but perhaps because of similarity of habitat they share more cultural characteristics with the Pygmies of the Ituri Forest than do the Twa and Tswa.

Farther to the west, in Cameroon and Gabon, there are other scattered Pygmy groups.