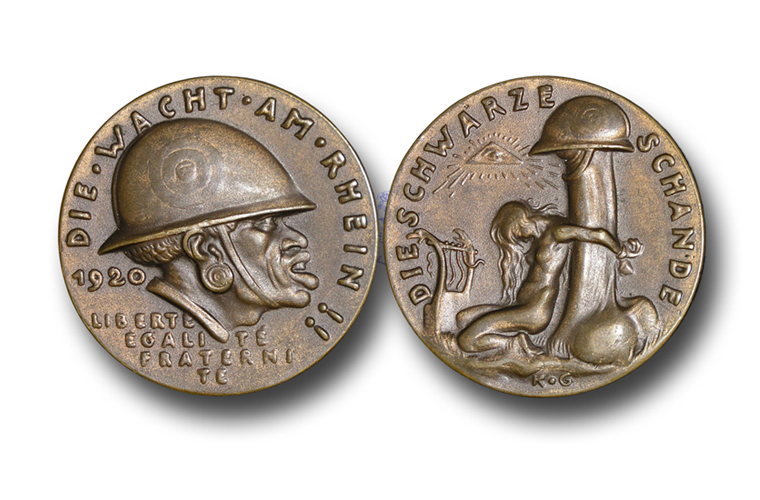 The very evocative imagery employed on this medal, with it’s a crude caricature of the French colonial soldier and it’s allusion to rape and sexual violence is one of Goetz’s most graphics. Under the terms of the Armistice following the end of World War I the western allied powers occupied the Rhineland. Many of the troops garrisoned there were colonial troops from France’s colonial empire in Africa. German indignation at the occupation was further exasperated by the presence of these black troops on German territory. Rumors quickly spread that these troops were committing rape, mutilation, and murder against the local population and most particularly German women. These accusations were false and were, for the most part, the creation of the German press and local prejudices. Some German women did, however, marry French African soldiers, the product of their unions being labeled the “Rhineland Bastards”, their very existence adding further shame in eyes of some Germans to their defeat and occupation. Specifically referred to by Hitler in Mein Kampf, the mixed-race children of these unions were arrested and sterilized as adults when the Nuremberg race laws were introduced in 1935