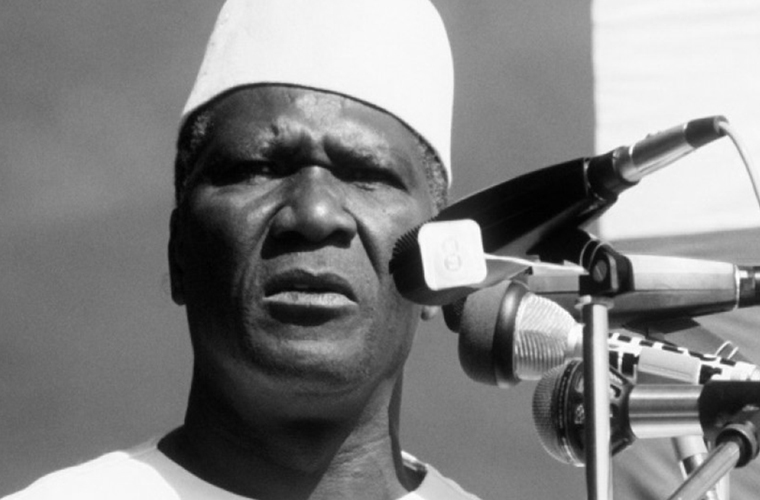 Although his parents were poor and uneducated, Touré claimed to be the grandson of Samory, a military leader who resisted French rule at the end of the 19th century, long after many other Africans had surrendered. Reared as a Muslim, Touré attended a French technical school at Conakry, from which he was expelled after one year for leading a food riot (1936). In 1940 Touré was hired as a clerk by a business firm, the Niger Français, and the following year took an administrative assignment in the postal service. There he developed a strong interest in the labor movement and organized the first successful strike, lasting 76 days, in French West Africa. In 1945 he became secretary-general of the Post and Telecommunications Workers’ Union and helped to found the Federation of Workers’ Unions of Guinea, linked to the World Federation of Trade Unions, of which he later became vice president.

Touré became active in politics in the mid-1940s and in 1946 helped Félix Houphouët-Boigny of Côte d’Ivoire (Ivory Coast) form the African Democratic Rally. Touré proved to be a powerful orator and was elected to the French National Assembly in 1951 as a representative from Guinea, but he was not allowed to take his seat. Reelected in 1954, he was again barred. After being elected mayor of Conakry by a large majority in 1955, he was finally permitted to take his place in the National Assembly the following year. By the end of 1957, Touré had become vice president of the Executive Council of Guinea.

When French President Charles de Gaulle in 1958 offered French territories a referendum on whether to join a new federal community or to become independent, Touré and the Democratic Party of Guinea–African Democratic Rally led a successful campaign for independence. Guinea’s voting population overwhelmingly rejected de Gaulle’s offer and instead chose complete independence; Guinea was the only French colony in Africa that did not accept the proposal. On October 2, 1958, Guinea became the first independent French-speaking state in Africa, and shortly afterward Touré was elected its president. The French reacted by recalling all their professional people and civil servants and by removing all transportable equipment. Threatened by an economic breakdown, Touré accepted support from the communist bloc and at the same time seeking help from Western nations.

In African affairs, Touré was an ardent supporter of Ghana’s president Kwame Nkrumah and his program for African political unity, but a union of the two nations proclaimed in 1958 never became effective. When Nkrumah was deposed in 1966, Touré granted him asylum. After an unsuccessful invasion from neighboring Portuguese Guinea (now Guinea-Bissau) in 1971, he undertook a political purge and imposed severe restrictions on opposition forces in his country. He was reelected without opposition in subsequent elections and ruled with an iron hand.