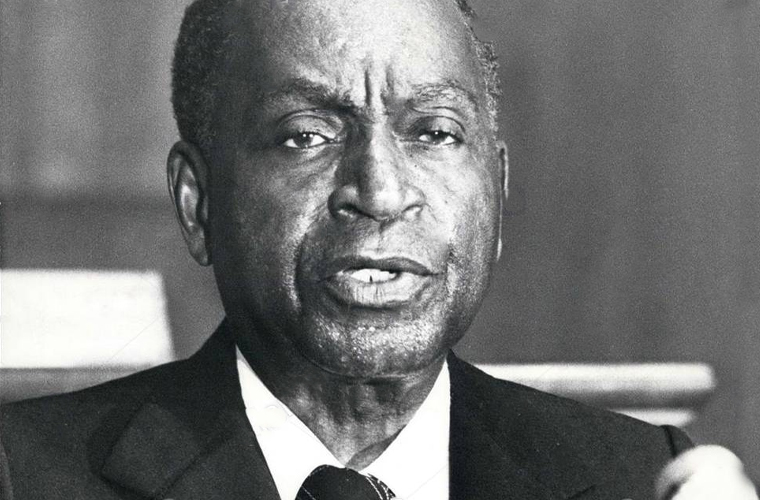 The son of a wealthy Baule chief, Houphouët-Boigny worked as a rural doctor and pursued a second career as a wealthy planter. He began his political career as a co-founder of the African Agricultural Syndicate, formed by disgruntled African planters (1944) to protect their interests against European settlers. In the first Côte d’Ivoire elections (1945) he was elected a deputy to the French National Assembly and was easily reelected in 1946. That year he also founded the Democratic Party of Côte d’Ivoire (PDCI); this party was affiliated with the French Communist Party and was an important component of the interterritorial French West African Federation party, the African Democratic Rally, of which he was also president.

In the late 1940s the French administration became increasingly hostile to the PDCI, especially after the Communist Party went into opposition in France, and in October 1950 Houphouët-Boigny decided to break his party’s ties with the Communists and to cooperate with the French, all the time building up his party’s strength and organization through successive elections. In the period from 1956 to 1960, he divided his time between France, where he was a member of the National Assembly and a cabinet minister, and Côte d’Ivoire, where he was president of the territorial assembly and mayor of Abidjan as well as overall party leader. Meanwhile, he strongly rejected the idea of a West African federation of independent states because he was unwilling to have the wealthy Côte d’Ivoire subsidizing its poorer neighbors. When President Charles de Gaulle in 1958 offered French territories a referendum on whether to join a new federal community or to become independent, Houphouët-Boigny campaigned successfully for self-government within the French Community.

Houphouët-Boigny became prime minister of the Côte d’Ivoire government in 1959 and was elected the first president of the independent country in 1960. He was reelected to the presidency unopposed in 1965, 1970, 1975, 1980, and 1985. A skillful and pragmatic politician, he won over opponents to his one-party rule through cooperation, consensus, and compromise.

From the start, Houphouët-Boigny pursued liberal free-enterprise policies and developed Côte d’Ivoire’s cash-crop agriculture at a time when many other African nations were pursuing costly and abortive attempts at state-run industrialization. Under his leadership, the country became a major exporter of cocoa, coffee, pineapples, and palm oil. Houphouët-Boigny welcomed foreign investment and cooperated closely with France in economic matters, even going so far as to employ thousands of French technical and managerial personnel to ensure his country’s development. By the early 1980s, Côte d’Ivoire had one of the highest per capita incomes of any sub-Saharan African nation without petroleum exports. In 1990 Houphouët-Boigny was reelected in Côte d’Ivoire’s first contested presidential elections.