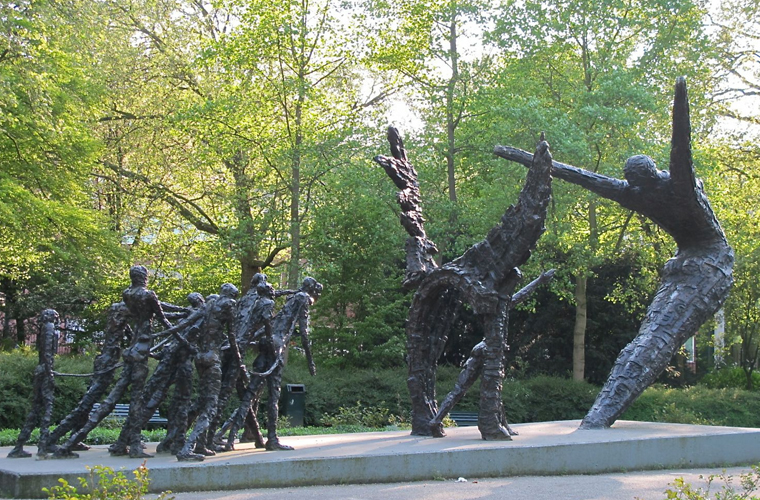 Like other European maritime nations, the Dutch were quick to involve themselves in the transatlantic slave trade. Between 1596 and 1829, the Dutch transported about half a million Africans across the Atlantic. Large numbers were taken to the small islands of Curaçao and St. Eustatius, in the Caribbean. Most of the Africans landed there, however, were subsequently trans-shipped to Spanish colonies. The two islands were thus staging posts for the re-sale and dispatch of Africans who survived the Middle Passage to other American slave colonies.

The Dutch also shipped about a half million Africans to their settlements in Dutch Guiana, notably Suriname, where they worked primarily on sugar plantations. In the eighteenth century, nearly one-in-ten enslaved people in Suriname had fled their brutal working conditions to establish or join maroon communities, in attempts to live beyond the control of the surrounding slave society. Several maroon leaders, such as Alabi of the Saramaka, rose to prominence and sought independence for their communities by menacing plantation owners and through formal negotiations with colonial authorities.