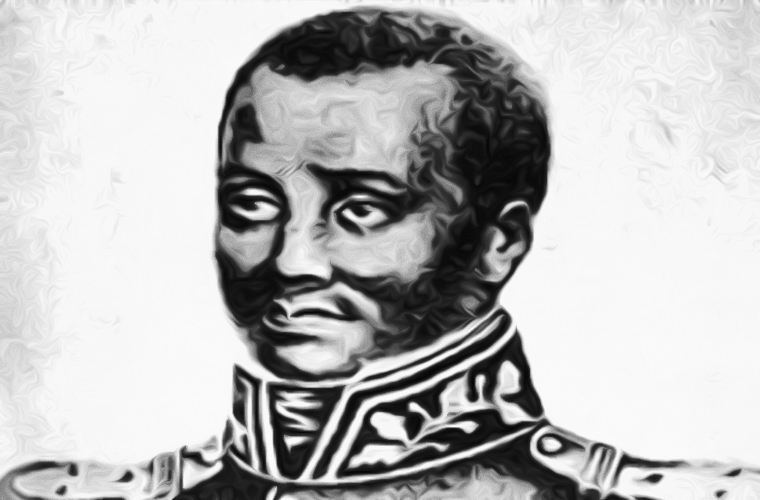 The Haitian Revolution which lasted from August 22 to January 1, 1804, led the Caribbean nation to gain its independence from the French under General Jean-Jacques Dessalines, a former slave who trained in the army with the goal of setting his people free.

Although Jean-Jacques is celebrated for making freedom in Haiti a reality through his efforts in the war, he could not have done it without the help of several other willing enslaved men and women who gave up their lives and General Francois Capois is one of them.

He was given the nickname Capois la Mort, which translates to Capois the Death, by the French army, General Francois Capois is celebrated for his bravery in leading the final battle which expelled the French out of Saint Dominique allowing General Jean-Jacques Dessalines to declare the island independent and rename it to Haiti.

At 27, Francois joined General Jean-Jacques’ army soon after the sugar plantation he worked on was raided and liberated by the General. His outstanding skill in the use of the machete coupled with his bravery and tough skin made him rise high in the ranks fast becoming a General and Jean-Jacques’ right-hand man.

Among all the Generals, Francois was most trusted and often given the responsibility to tackle the hardest of courses during the war. Through his several escapades, he was beaten and even kidnapped but managed to escape. It was his assignment to capture Tortuga from the French that led to Haiti’s independence. 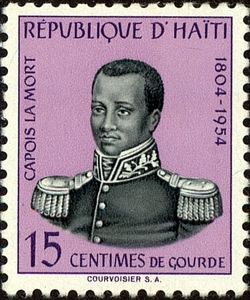 In April 1803, Francois was assigned by Jean-Jacques to captureTortuga from the French which was their strongest point and where they kept all their arms during the war. The capture of this area meant a weakening of the French which they had failed several times to do. Despite the challenge of the unavailability of boats to reach the destination, Francois gathered his small but willing army and made log rafts to cross over to the island. In their first attempt, his army was gunned down and ordered back by the French.

Francois’s second attempt was however very successful. Taking the French by surprise, he invaded the island with his surviving soldiers and captured the island. With the advantage of taking all their weapons, Francois was able to capture other French territories like Port De Paix.

His success made Jean-Jacques more confident and gave him the task of capturing Vertieres which by November 1803 was the last territory of the French. Francois led his army to Vertieres and was attacked by the French four times. Although losing his Generals and several soldiers, Francois pressed on until he reached the top and started a 7-hour battle with the French.

According to legend, the French saluted Francois in battle after his horse was shot dead but he narrowly escaped death and continued the final battle of the Revolution until the next morning.

It was the morning after the battle that a French officer and a few soldiers arrived at General Jean-Jacques Dessalines’ camp with a white horse. With the authority of their leader, Jean-Baptiste Donatien de Vimeur Comte de Rochambeau, they offered the white horse as a gift to General Francois Capois and officially surrendered marking the end of the war.

Francois was celebrated for his hard work and dedication to the cause and Jean-Jacques never forgot to honor and thank the man who helped him.

In 1806, while on a trip, he was ganged down and assassinated. However, his name is deeply etched in Haitian history and he has been honored in several ways with a currency note, a stamp, and a statue.