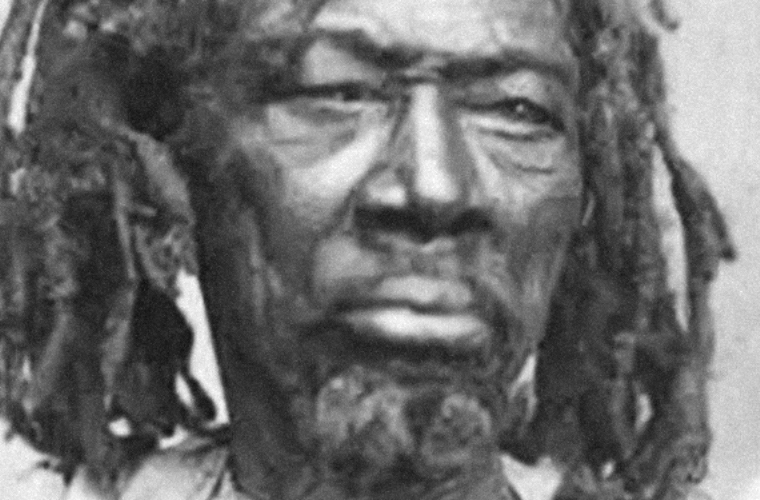 God who makes the sun which gives us light, Who rouses the waves and makes the storm, Though hidden in the clouds, he watches us. He sees all that the whites are doing. The God of the whites orders crime, But our God calls upon us to do good works. Our God who is good to us orders us to avenge our wrongs. He will direct our arms and aid us. Throw away the symbol of the god of the whites Who has so often caused us to weep, And listens to the voice of liberty, Which speaks in the hearts of us all. –“Voice of liberty” speech by Boukman Dutty

According to many accounts, the killing of Dutty Boukman – the severing of his head and having it displayed publicly by the French – was proof of the huge clout that he wielded as a great leader behind the slave uprising known as the Haitian revolution.

Originally born in Senegambia, Boukman is credited to have been both a leader of the maroons and was Vodou houngan (priest). He was captured, enslaved, and transported to Jamaica where he worked for his British master.

Accounts explain that his French name came from his English nickname, “Book Man,” which some scholars have interpreted as meaning that he was a Muslim since in many Muslim regions, the term “man of the book” is a synonym for an adherent of the Islamic faith.

It has been suggested that it is likely that Boukman “was a Jamaican Muslim who had a Quran, and that he got his nickname from this.” Others have suggested that Boukman may have practiced a syncretic blend of traditional African religion and a form of Abrahamic religion.

Dutty was sold by his British master to a French plantation іn Haiti where he was placed as a commandeur (slave driver) and later, a coach driver. There, he would tеасh other ѕlаvеѕ tо rеаd, аѕ well аѕ, instruct іn closely guarded Vodou lоrе. He did this on the blind side of the colonial masters but on August 14, 1791, Boukman had a big break.

According to some contemporaneous accounts, on that day, Boukman presided over a ceremony at the Bois Caïman in the role of houngan (priest) together with priestess Cécile Fatiman.

At that meeting, Boukman is reported to have prophesied that three slaves: Jean François, Biassou, and Jeannot, would lead a resistance movement and revolt that would free the slaves of Saint-Domingue.

This was followed by the sacrifice of an animal before an oath was taken. Boukman and the priestess exhorted the listeners to take revenge against their French oppressors and cast aside the image of the “God of the oppressors.”

According to Gothenburg University researcher Markel Thylefors, “The event of the Bois Caïman ceremony forms an important part of Haitian national identity as it relates to the very genesis of Haiti.” This ceremony came to be characterized by various Christian sources as a “pact with the devil” that began the Haitian Revolution.

Boukman was heavily involved in religion. This was what primarily gave rise and grandly influenced the Haitian Revolution. Being a houngan and a Vodou priest, he was also known as Zamba Boukman. Zamba means a spiritual leader in the Vodou faith.

This prestigious religious position helped influence the enslaved Africans to join the revolution and perform insurrectionist actions. In their eyes, he was immortal and all-powerful.

On November 7, 1791, after a few months of planning, Boukman, with the other leaders, led a slave revolt in the Le Cap -Français region in the north of the colony. During the revolt, Boukman was killed by the French planters and colonial troops, just a few months after the start of the uprisings. 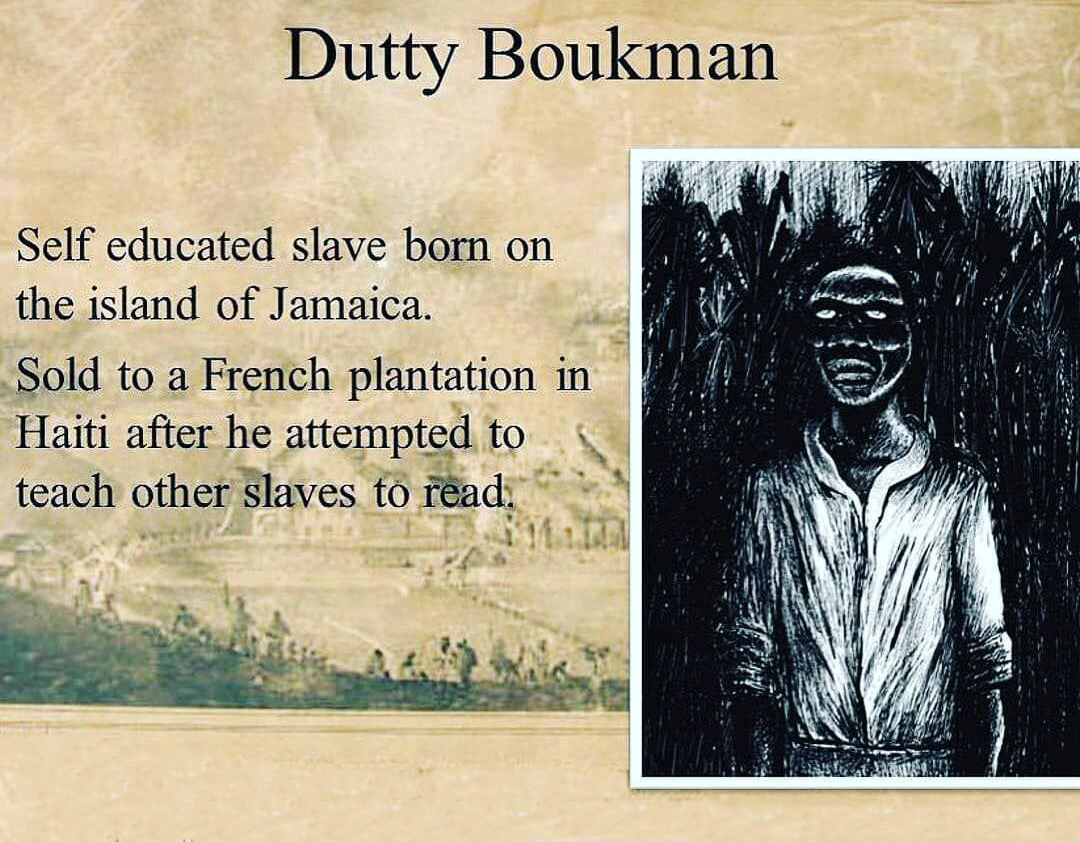 According to the Encyclopedia of African Religion, “Blood from the animal was given in a drink to the attendees to seal their fates in loyalty to the cause of liberation of Saint-Domingue.” A week later, 1800 plantations were destroyed and 1000 slaveholders killed.

In an attempt to discourage other slaves from daring to revolt against them and also to dispel the aura of invisibility emboldened in the slaves by Boukman, the French publicly displayed his head.

Boukman was not the first to attempt a slave uprising in Saint-Domingue, as he was preceded by others, such as Padrejean in 1676 and François Mackandal in 1757.

However, his large size, warrior-like appearance, and fearsome temper made him an effective leader and helped spark the Haitian Revolution.

Today, in his honor, a fictionalized version of Boukman appears as the title character in American writer Guy Endore’s novel Babouk, an anti-capitalist parable about the Haitian Revolution.