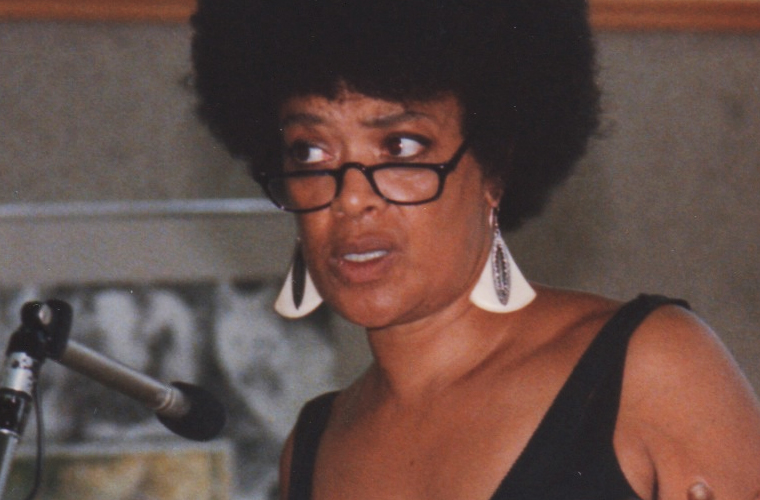 Toni Cade Bambara is a writer and social activist most renowned for her exploration of the African-American experience in her short story collection Gorilla, My Love.

Toni Cade Bambara was born Miltona Mirkin Cade in 1939, in the neighborhood of Harlem, in New York City. She was born at the end of the Harlem Renaissance. During this period, the predominantly African-American neighborhood became a center of black culture – particularly literature, music, and visual arts. The area’s rich history deeply influenced Bambara, as did her relationship with her mother, who encouraged her daughter’s creativity. Bambara’s mother also encouraged her to take pride in her race, insisting her daughter inform her about any racist treatment she ever encountered. When Bambara was ten, her family left Harlem. She spent the rest of her youth in and around New York City, in the boroughs of Brooklyn and Queens, and in the suburbs in New Jersey.

Bambara studied English and Theater Arts at Queen’s College in New York and graduated in 1959. While still in college, she published her first short story, “Sweet Town,” in the magazine Vendome. After finishing college, Bambara pursued her interests in pantomime and dance for several years, before pursuing a master’s degree in American studies at City College in New York. She divided her time between studying and social activism. While pursuing her master’s degree, she also worked as a program director at Colony Settlement House, an organization that provided social services to immigrants.

Bambara first rose to literary prominence in 1970 as the editor of The Black Woman, a successful anthology of fiction, poems, and essays by emerging African-American female writers. Many of the authors spotlighted in the collection, such as Alice Walker and Nikki Giovanni, later achieved the great literary success of their own. It was also in this year that Bambara adopted her surname, which she had first seen as a signature in one of her grandmother’s old sketchbooks.

In 1972, Bambara published her first book, a collection of short fiction called Gorilla, My Love. Over the next decade, she published a second short-story collection and a novel. She also traveled extensively in Europe, Vietnam, and Cuba, among other places. Her time abroad influenced her writing, and many of her later work address the lives of people who struggle against oppression. In 1986, she narrated The Bombing of Osage Avenue, an award-winning documentary about the police bombing of the headquarters of MOVE, a Philadelphia black organization.

Bambara was unexpectedly diagnosed with colon cancer in 1993. She continued to work despite her illness and was collaborating on a documentary about W.E.B. DuBois when she died in 1995. One novel, These Bones Are Not My Child, was published posthumously.