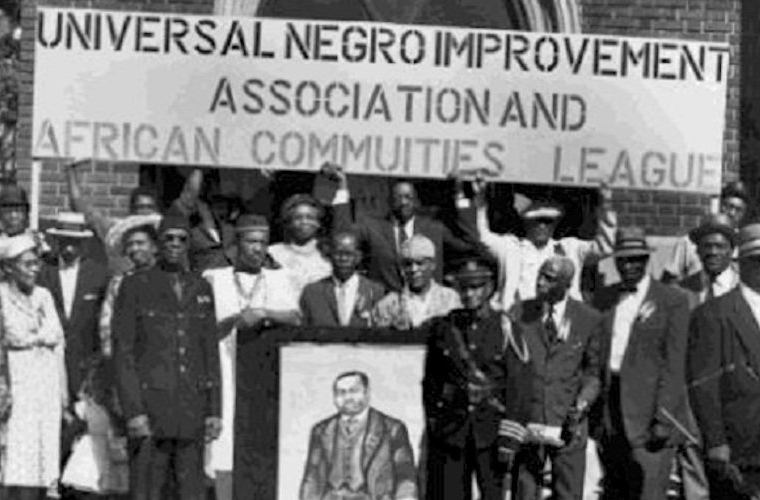 Universal Negro Improvement Association (UNIA), primarily in the United States, organization founded by Marcus Garvey (q.v.), dedicated to racial pride, economic self-sufficiency, and the formation of an independent black nation in Africa. Though Garvey had founded the UNIA in Jamaica in 1914, its main influence was felt in the principal urban black neighborhoods of the U.S. North after his arrival in Harlem, in New York City, in 1916.

Garvey had a strong appeal to poor blacks in urban ghettos, but most black leaders in the U.S. criticized him as an imposter, particularly after he announced, in New York, the founding of the Empire of Africa, with himself as provisional president. In turn, Garvey denounced the NAACP and many black leaders, asserting that they sought only assimilation into white society. Garvey’s leadership was cut short in 1923 when he was indicted and convicted of fraud in his handling of funds raised to establish a black steamship line. In 1927, President Calvin Coolidge pardoned Garvey but ordered him deported as an undesirable alien.

The UNIA never revived. Although the organization did not transport a single person to Africa, its influence reached multitudes on both sides of the Atlantic, and it proved to be a forerunner of black nationalism, which emerged in the U.S. after World War II.