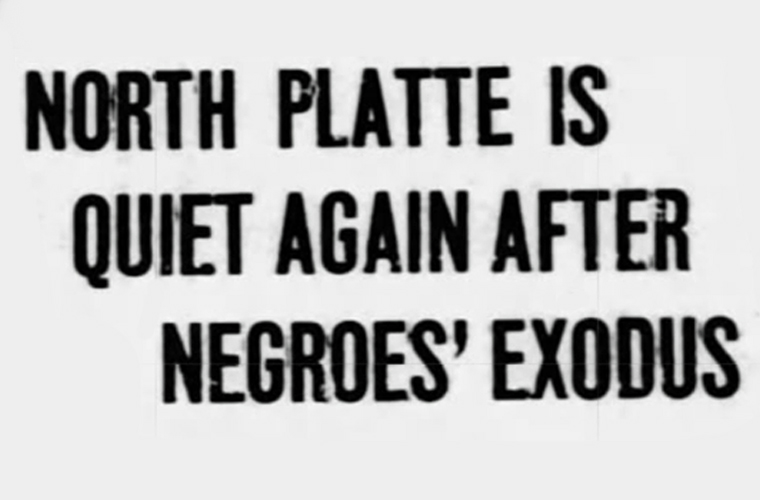 On the afternoon of Saturday, July 13, 1929, more than 200 black residents of North Platte, Nebraska, were driven out of the city by a mob of white residents. The mob targeted the entire black community with violence after a black man was accused of killing a local white police officer.

The day before, two white police officers responded to a domestic violence call at the North Platte home of a black man named Louis “Slim” Seeman. When Mr. Seeman allegedly shot and killed one of the officers, a mob of white men and police descended on his home and trapped him inside of a chicken coop on the property. The mob doused the coop with gasoline and set it ablaze with Mr. Seeman inside; when his body was pulled from the wreckage, it was clear he had died from a gunshot wound — either by his own hand or fired by a member of the mob.

Even after the object of their rage was dead, the large gathering of white men remained enraged at the bold violation of racial hierarchy represented by a black man taking the life of a white man. Determined to punish the entire black community, 500 angry white citizens wielding sticks and ropes demanded that all local black people leave the city. Facing the threat of deadly violence, after seeing the terrible fate of Mr. Seeman, North Platte’s 200 black residents departed that night by foot, train, and automobile, leaving behind most of their possessions.

A county sheriff later commented, “It was the understanding when they left that they were to stay away. The idea is to keep them out.