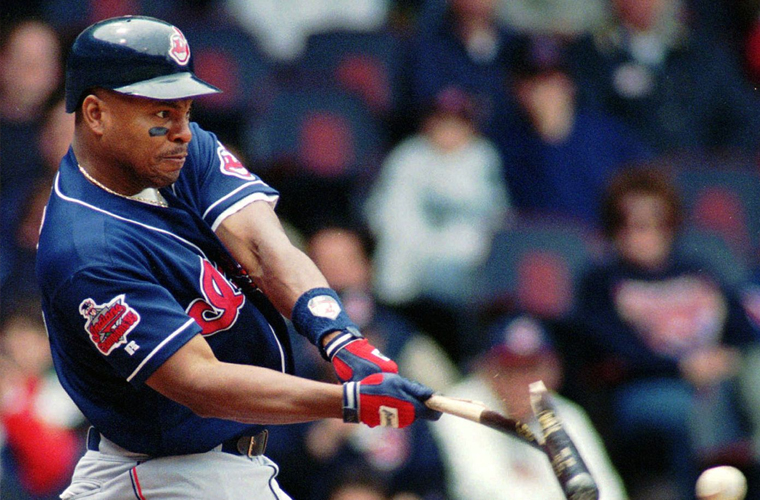 Belle was born and raised with his twin brother, Terry, in Shreveport, Louisiana. The boys’ father was a football coach and their mother a math teacher. Belle was a good student and a gifted athlete. One year with his Little League team, he hit 21 home runs and was 8–0 as a pitcher—in 16 games. Belle was also an Eagle Scout who performed community service in Shreveport. He and his family expected that he might be offered a minor league baseball contract when he graduated from high school, but no such offer came. Instead, he enrolled at Louisiana State University (LSU), where he majored in accounting and starred on the baseball team.

One of the most feared hitters in the American League, outfielder Albert Belle has spent his entire career to date with the Cleveland Indians. Belle, who has earned more press for his temperamental outbursts than for his considerable talent, has been nicknamed “the Charles Barkley of baseball” by his admirers in Cleveland (Barkley earns similar press coverage for bad behavior in the realm of basketball). He has been among the league-leading home run hitters virtually since 1991 but has also earned at least one suspension per year since he entered the major leagues. “With Albert Jojuan Belle, a spectacularly talented player, it is always stormy weather,” attested Sports magazine contributor Bill Livingston. “A new front is always threatening to move in, filling the sky with flame and roiling the waters. Belle seemingly can be cordial one minute and then become … out of control … the next. He can never relax. If he looks back, the tidal wave of emotion might be gaining on him.”

Belle’s volatility can perhaps be partially attributed to his perfectionism and problems with alcohol, for which he has undergone treatment. He refuses to discuss his triumphs or his problems with the press, but he also does not capitalize on his “bad boy” image. As Murray Chass put it in the New York Times, the surly outfielder “is in desperate need of a public personality transplant, and he couldn’t care less. The fans in Cleveland love him, his teammates like him and his employers think he’s terrific. But even this type of support isn’t enough to make the man smile and appear to enjoy what he does for a living.” Asked about his controversial reputation in The Sporting News, Belle responded, “If I had to do it again from day one of childhood, I wouldn’t change a thing.”