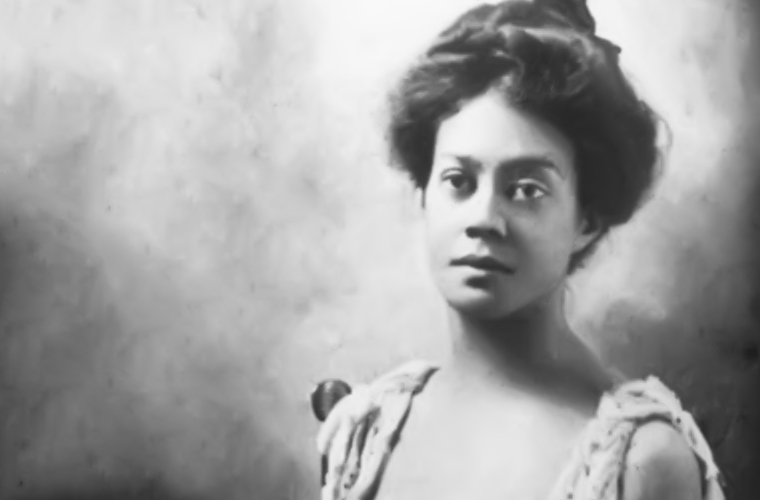 The daughter of a Creole seaman and a black seamstress, Moore grew up in New Orleans, where she completed a two-year teacher-training program at Straight University by age 17. She further studied at Cornell University, the Pennsylvania School of Industrial Art, and the University of Pennsylvania. She taught at the elementary, secondary, and college levels until 1931.

Her first collection of stories, poems, and essays, Violets, and Other Tales, was published in 1895. Shortly afterward, the author and her family moved to Massachusetts. She later moved to New York, where she taught and helped establish the White Rose Mission in Harlem. In 1898 she married the writer Paul Laurence Dunbar.

Her short-story collection The Goodness of St. Rocque, and Other Stories was published as a companion piece to her husband’s Poems of Cabin and Field in 1899. The volume helped establish her as a skillful portrayer of Creole culture. She moved to Delaware after she and Dunbar separated in 1902; he died four years later. She married a fellow teacher in 1910 and divorced him the following year; in 1916 she married the journalist Robert J. Nelson.

While not considered a major figure in the Harlem Renaissance for her own literary contributions, Dunbar Nelson influenced the work of other black writers not only by her own precise, incisive literary style but also through her numerous reviews of such writers as Langston Hughes.