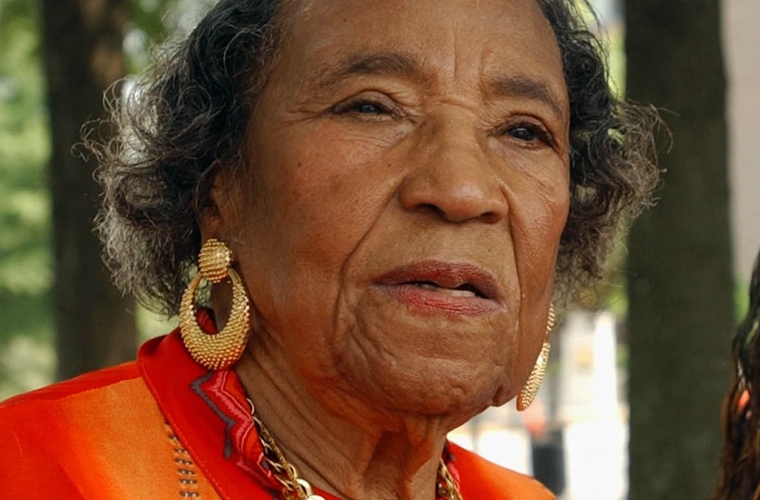 With the recent release of the movie Selma, the world is getting another chance to learn the story of civil rights activist Amelia Boynton. Actress Lorraine Toussaint reenacts Boynton’s instrumental role in this chapter of American history. She was one of the organizers of the famous march from Selma to Montgomery on March 7, 1965.

During this protest, Amelia Boynton (now known as Amelia Boynton Robinson) refused to run away from the police. Already a longtime civil rights activist, Boynton stood in shock as the officers began to attack the protestors. She nearly lost her life that day—a day now known as “Bloody Sunday.” Boynton, along with other civil rights activists, is credited for generating public support for the Voting Rights Act of 1965.

Born Amelia Platts in Savannah, Georgia, in 1911, Amelia Boynton was only nine years old when she helped her mother support women’s suffrage. She studied at Georgia State (now Savannah State University) and then at the Tuskegee Institute in Alabama. Bright and determined, Boynton became one of the first African Americans to register to vote in Alabama in 1932. She also worked to register other African Americans as voters, forming the Dallas County Voters League the following year.

With her husband, Samuel Boynton, she became a local activist for civil rights in Alabama. The pair campaigned for African Americans to be able to own property, receive education, and vote. After working for decades with little success with registering voters, Boynton encouraged the Student Nonviolent Coordinating Committee to come to Selma to help.

Watch a clip of our ‘American Freedom Stories’ in Alabama:

Even after her husband’s death in 1963, Boynton remained dedicated to social justice. She threw her hat into the political arena the following year. She ran for Congress as a Democrat, making history as the first African American woman to seek national office in Alabama. “I was the only woman, black, white blue or whatnot ever to run,” Boynton later told the Washington Post. While she didn’t win, Boynton still managed to earn roughly 10 percent of the vote.

In late 1964, Boynton sought additional support for her efforts in Selma. Fellow activist Andrew Young credited her with creating the Civil Rights Movement in her community. As he later explained to the Michigan Chronicle, Boynton approached Dr. Martin Luther King “just before Christmas in 1964 and said, ‘You need to come and help us in Selma,’ and that is where the Selma movement started.” She inspired King and members of the Southern Christian Leadership Conference to take action in Selma.

The decision to march from Selma to Montgomery came after the murder of Jimmie Lee Jackson in February 1965. Jackson was a young African-American teenager killed by the police in Marion, Alabama, after attending a rally. On March 7, 1965, roughly 600 protestors began their 50-mile march to Montgomery. Governor George C. Wallace had forbidden them to go, but they pressed on anyway. The marchers didn’t get too far before encountering state and local police waiting for them on the other side of the Edmund Pettus Bridge. They were ordered to go home, but the protestors didn’t move. Under the orders of Sheriff Jim Clark, the officers were told to strike those who refused to leave.