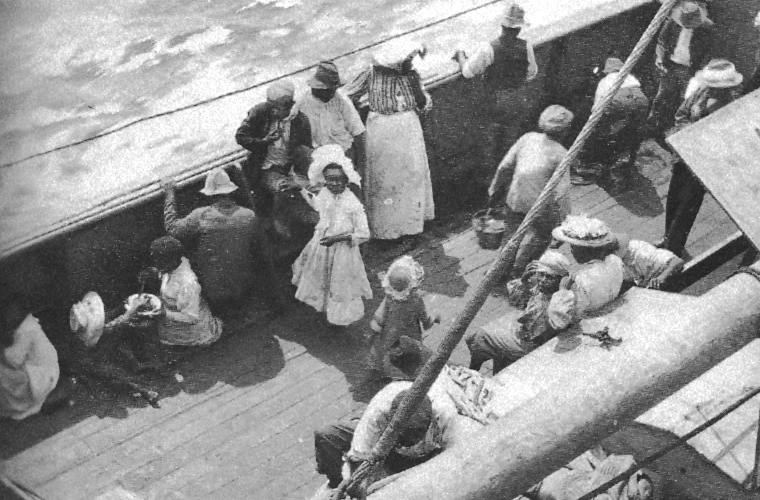 Blackbirding, the 19th- and early 20th-century practice of enslaving (often by force and deception) South Pacific Islanders on the cotton and sugar plantations of Queensland, Australia (as well as those of the Fiji and Samoan islands). The kidnapped islanders were known collectively as Kanakas. Blackbirding was especially prevalent between 1847 and 1904. The Queensland government’s first attempt to control it came only in 1868 with the Polynesian Labourers Act, which provided for the regulation of the treatment of Kanaka labourers—who theoretically worked of their own free will for a specified period—and the licensing of “recruiters.” Because the Queensland government lacked constitutional power outside its own borders, the regulations could not be enforced; moreover, the fact that notorious and brutal blackbirders were able to retain their licenses seemed to indicate that the government was not seriously trying to end the practice. British government acts of the 1870s—especially the 1872 Pacific Islanders Protection Act (the Kidnapping Act)—provided for agents on British recruiting vessels, stricter licensing procedures, and patrol of British-controlled islands; these measures reduced the incidence of blackbirding by British subjects. Because of the continuing heavy demand for labor in Queensland, however, the practice continued to flourish. Blackbirding died out only in 1904 as a result of a law, enacted in 1901 by the Australian Commonwealth, calling for the deportation of all Kanakas after 1906.