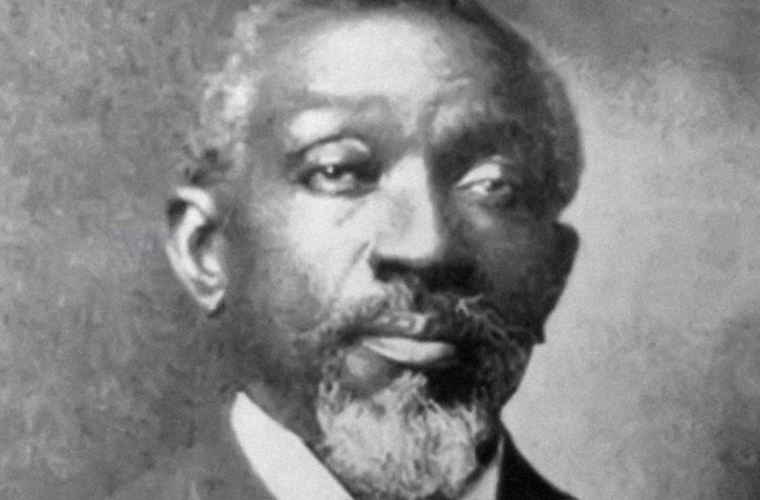 Benjamin Montgomery was born into slavery in 1819 in Loudon County, Virginia. He was sold to Joseph E. Davis, a Mississippi planter. Davis was the older brother of Jefferson Davis who would later serve as the President of the Confederate States of America. After a period of time, Davis could see great talent within Montgomery and assigned him the responsibility of running his general store on the Davis Bend plantation. Montgomery, who by this time had learned to read and write he was taught by the Davis children, excelled at running the store and served both white customers and slaves who could trade poultry and other items in return for dry goods. Impressed with his knowledge and abilities to run the store, Davis placed Montgomery in charge of overseeing the entirety of his purchasing and shipping operations on the plantation.

In addition to being able to read and write, Montgomery also learned a number of other difficult tasks, including land surveying, techniques for flood control, and the drafting of architectural plans. He was also a skilled mechanic and a born inventor. At the time commerce often flowed through the rivers connecting counties and states. With differences in the depths of water in different spots throughout the river, navigation could become difficult. If a steamboat were to run adrift, the merchandise would be delayed for days, if not weeks.

Montgomery decided to address the problem and created a propeller that could cut into the water at different angles, thus allowing the boat to navigate more easily through shallow water. Joseph Davis attempted to patent the device but the patent was denied on June 10, 1858, on the basis that Ben, as a slave, was not a citizen of the United States, and thus could not apply for a patent in his name. Later, both Joseph and Jefferson Davis attempted to patent the device in their names but were denied because they were not the “true inventor.” Ironically, when Jefferson Davis later assumed the Presidency of the Confederacy, he signed into law the legislation that would allow slaves to receive patent protection for their inventions. On June 28, 1864, Montgomery, no longer a slave, filed a patent application for his device, but the patent office again rejected his application.

Upon the end of the Civil War, Joseph Davis sold his plantation as well as other properties to Montgomery, along with his son Isaiah. The sale was made based on a long-term loan in the amount of $300,000.00. Benjamin and Isaiah decided to pursue a dream of using the property to establish a community of freed slaves, but natural disasters decimated their crops, leaving them unable to pay off the loan. The Davis Bend property reverted back to the Davis family and Benjamin died the following year. Undeterred, Isaiah took up his father’s dream and later purchased 840 acres of land and along with a number of other former slaves, and founded the town of Mound Bayou, Mississippi in 1887. Isaiah was named the town’s first mayor soon thereafter.

While Benjamin Montgomery’s story sounds sad in its telling, it served as a lesson to whites and black during the Civil War period, demonstrating the power of education and the ability of blacks to contribute to commerce and industry in the American south.