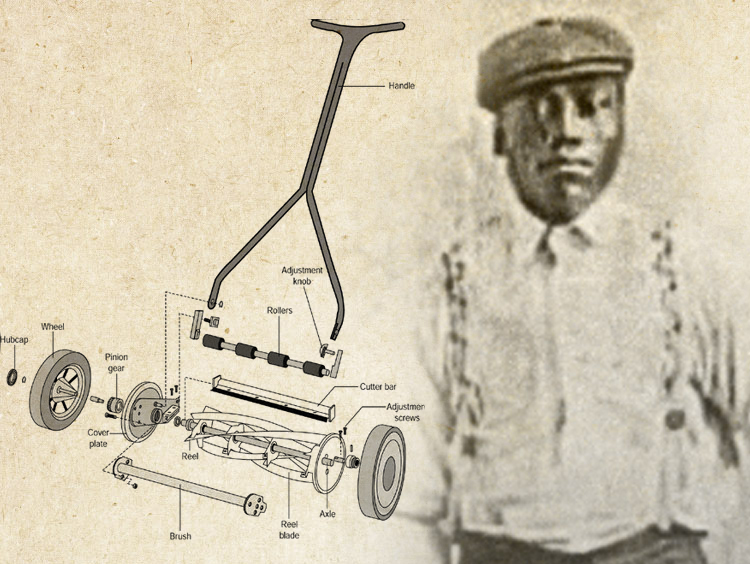 Life of an Inventor
John Burr was born in Maryland in 1848 and was thus a teenager during the Civil War. His parents were slaves who were later freed, and he may also have been a slave until Emancipation which happened when he was 17. He didn’t escape from manual labor, though, as he worked as a field hand during his teenage years.

But his talent was recognized and wealthy black activists ensured he was able to attend engineering classes at a private university. He put his mechanical skills to work making a living repairing and servicing farm equipment and other machines. He moved to Chicago and also worked as a steelworker. When he filed his patent for the rotary mower in 1898, he was living in Agawam, Massachusetts. 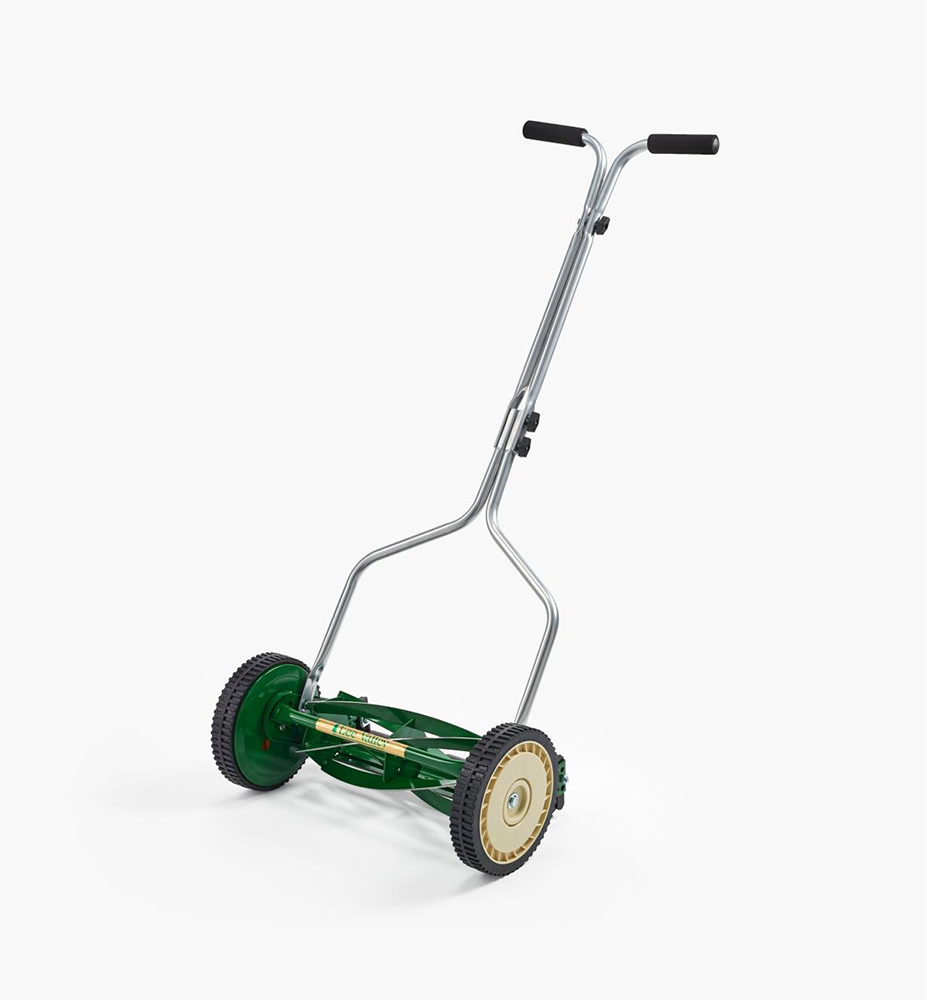 The Rotary Lawn Mower
“The object of my invention is to provide a casing which wholly encloses the operating gearing so as to prevent it from becoming choked by the grass or clogged by obstructions of any kind,” reads the patent application.

Burr’s rotary lawnmower design helped reduce the irritating clogs of clippings that are the bane of manual mowers. It was also more maneuverable and could be used for closer clipping around objects such as posts and buildings. His patent diagram clearly shows a design that is very familiar for manual rotary mowers today. Powered mowers for home use were still decades away. As lawns become smaller in many newer neighborhoods, many people are returning to manual rotary mowers like Burr’s design.

Burr continued to patent improvements to his design. He also designed devices for mulching clippings, sifting, and dispersing them. Today’s mulching power mowers may be part of his legacy, returning nutrients to the turf rather than bagging them for compost or disposal. In this way, his inventions helped save labor and were also good for the grass. He held over 30 U.S. patents for lawn care and agricultural inventions.

Later Life
Burr enjoyed the fruits of his success. Unlike many inventors who never see their designs commercialized, or soon lose any benefits, he received royalties for his creations. He enjoyed traveling and lecturing. He lived a long life and died in 1926 of influenza at age 78.

Next time you mow the lawn, acknowledge the inventor who made the task a little easier.