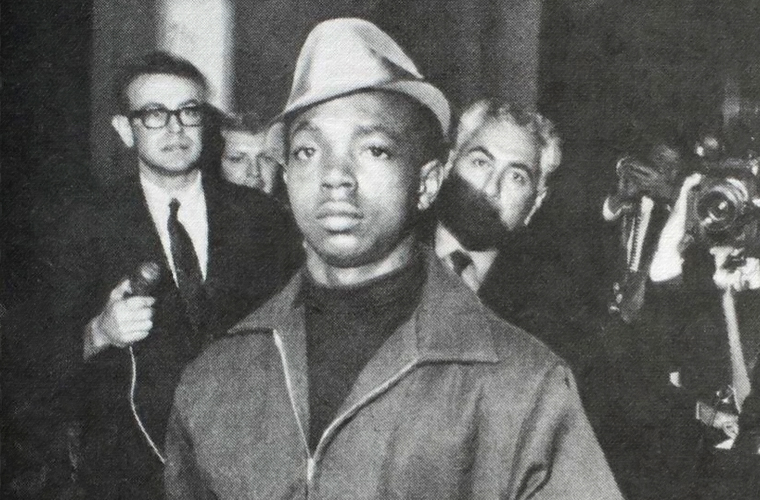 Robert James Hutton, also known as Bobby or Lil’ Bobby, was the first treasurer and recruit of the Black Panther Party(BPP) at just 16 years old.  He was also the first member of the Party killed by the police.

Hutton was born in Jefferson County, Arkansas, to John D. Hutton and Dolly Mae Mitchner-Hutton on April 21, 1950.  He was the youngest of three children.  In 1953, when Hutton was three years old, his family moved to Oakland, California after being harassed by racist vigilante groups associated with the Ku Klux Klan.

In December 1966 at age 16, Hutton met BPP founders Huey P. Newton and Bobby Seale at the North Oakland Anti-Poverty Center and became the first recruit and youngest member of the BPP.  Hutton stated that he joined The Party because he wanted to make a difference in his community and that he believed in The Party’s Ten-Point Program.

On May 2, 1967, Hutton participated in a demonstration organized by the BPP at the California State Capitol Building in Sacramento, to protest the Mulford Act, which would prohibit the carrying of firearms in any public place.  Hutton was arrested with several other BPP members for carrying weapons into the State Capital.  Hutton was again arrested on May 22, 1967, for violating an 1887 law prohibiting the carrying of firearms adjacent to a jail.

On April 6, 1968, two days after the assassination of Dr. Martin Luther King, Jr., and with riots raging across cities in the United States, Hutton was traveling by Eldridge Cleaver and other BPP members in a car.  The group confronted Oakland Police officers and during the confrontation, two police officers were shot.  Hutton and Cleaver fled to an apartment building where they engaged in a 90-minute gun battle with the Oakland Police Department. 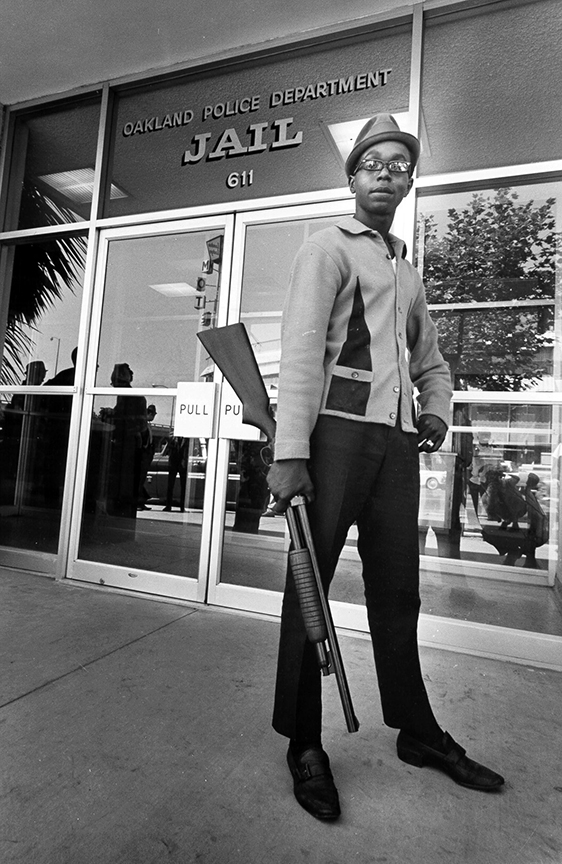 Ultimately, Cleaver was wounded, and Hutton voluntarily surrendered.  According to Cleaver, although Hutton had stripped down to his underwear and had his hands raised in the air to prove that he was unarmed, Oakland Police shot Hutton more than 12 times, leading to his death.  Police reports claimed that Hutton was attempting to run away and was wearing a trench coat and his hands were not visible.  Cleaver later stated that one police officer that witnessed the shoot-out claimed that what the police did to Hutton “was first-degree murder.” And Bobby Seale has speculated that the Oakland Police shot Hutton believing that they were shooting him instead.

In the immediate aftermath of the shooting, Cleaver failed to acknowledge that the group of BPP members was actively looking to ambush the Oakland Police in response to the assassination of King, and instead claimed the police attacked them in their car.  In 1980 Cleaver admitted that he and Hutton had ambushed the police before the shoot-out that killed Hutton.

Hutton’s death became a rallying cry against police brutality across the nation. His funeral held on April 12, 1968, at the Ephesian Church of God in Berkeley, California was attended by approximately 1,500 mourners.  A rally held later that day in West Oakland was attended by more than 2,000 people and included a eulogy by actor Marlon Brando.

Every year since Hutton’s death, friends and family have held a memorial service at DeFremery Park which was later renamed Bobby Hutton Park by the City of Oakland in 1998.  Around the same time, the Commemoration Committee for the Black Panther Party organized the Lil’ Bobby Hutton Literacy Campaign.