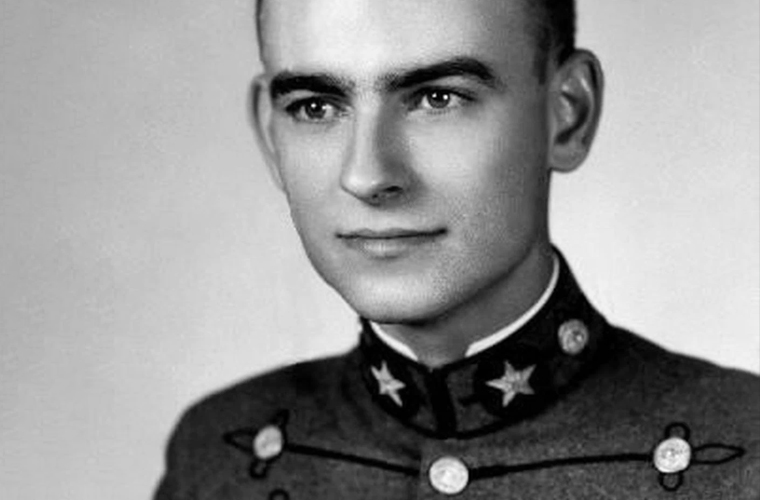 Jonathan Myrick Daniels was a 26-year-old white seminary student and civil rights activist from New Hampshire. He excelled academically, graduating as valedictorian from the Virginia Military Institute before studying at Harvard. Daniels then became a seminarian at the Episcopal Theological School (now the Episcopal Divinity School) in Massachusetts, from where he responded to calls by Martin Luther King Jr. for clergy to join the civil rights movement.

In August 1965, the month President Lyndon B. Johnson signed the Voting Rights Act into law, Daniels was arrested in Alabama for participating in a voter rights demonstration. He was jailed for six days and released on August 20 in the small town of Hayneville, near Montgomery. Later that day, Daniels accompanied two young Black women and a Catholic priest, Father Richard Morrisroe, to a local store. Thomas Coleman, a highway engineer, stopped the group at the door and cursed at the two Black women, according to a Department of Justice memo.

Coleman then raised his shotgun toward one of the women, Ruby Sales, who was 17 at the time. Daniels pushed her aside, taking the shot at close range. He was fatally wounded in the chest and stomach. Coleman also shot Father Morrisroe in the back as the others fled.

The FBI launched a full investigation within days of the killing. Agents interviewed witnesses, including Father Morrisroe, who they visited in the hospital. Coleman, however, refused to talk.

In state court, Coleman maintained that he had acted in self-defense, believing the group was armed. He was indicted for manslaughter in September 1965, a decision that reportedly enraged Alabama’s then-attorney general, Richmond Flowers, who felt the charge should have been murder. According to a Department of Justice memo about the killing, Flowers personally took over the prosecution but was removed from the case following a “heated exchange in court.” Further, the judge refused to delay the trial until Morrisroe was well enough to testify. Later that month, an all-white jury deliberated for just over an hour before finding Coleman not guilty.

The Story of Jonathan Daniels

A contemporaneous news account identified Coleman as a deputy with the Lowndes County Sheriff’s Office. However, the FBI investigation at the time determined that while Coleman sometimes aided the sheriff’s office in handling police matters, he had no legal authority.

Since Daniels’ death, various religious and educational institutions have named awards in his honor. The Episcopal Church officially designated Daniels a martyr. Ruby Sales, the teenager he protected, is now recognized as a leading American advocate for social justice.

In 2008, based on media coverage, the FBI began a review of Daniels’ case. The FBI was unable to find local investigative records because a fire had destroyed the building in which the records were stored, according to the Department of Justice memo about the case. The bureau did retrieve its own investigative file from 1965, as well as a death certificate for Coleman, who died of cancer in 1997. Citing Coleman’s death and a lack of any other suspects, the case was closed in 2011.