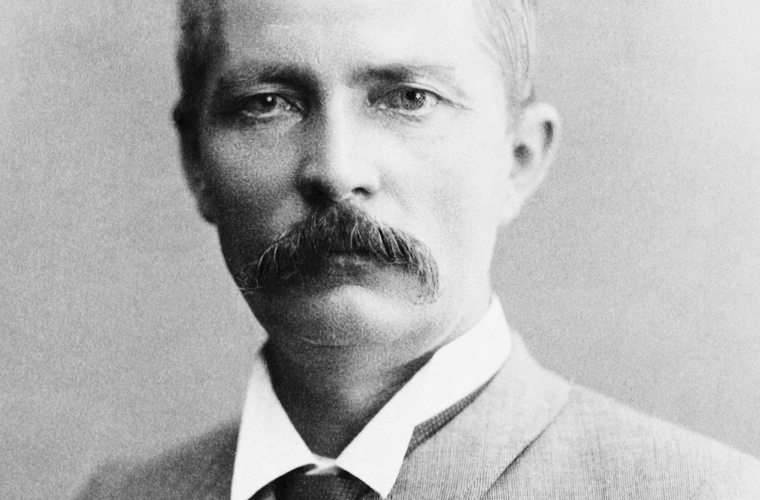 In 1887, Henry Morton Stanley went up the Congo River and inadvertently started a disastrous experiment. This was long after his first journey into Africa, as a journalist for an American newspaper in 1871, when he’d become famous by finding a Scottish missionary and reporting the first words of their encounter: “Dr. Livingstone, I presume?” Now, at age 46, Stanley was leading his third African expedition. As he headed into an uncharted expanse of rainforest, he left part of the expedition behind to await further supplies.

The leaders of this Rear Column, who came from some of the most prominent families in Britain, proceeded to become an international disgrace. Those men allowed Africans under their command to perish needlessly from disease and poisonous food. They kidnapped and bought young African women. The British commander of the fort savagely beat and maimed Africans, sometimes ordering men to be shot or flogged almost to death for trivial offenses.

While the Rear Column was going berserk, Stanley and the forward portion of the expedition spent months struggling to find a way through the dense Ituri rain forest. They suffered from torrential rains. They were weakened by hunger, crippled by festering sores, incapacitated by malaria and dysentery. They were attacked by natives with poisoned arrows and spears. Of those who started with Stanley on this trek into “darkest Africa,” as he called that sunless expanse of jungle, fewer than one in three emerged with him.

Yet Stanley persevered. His European companions marveled at his “strength of will.” Africans called him Bula Matari, Breaker of Rocks. “For myself,” he wrote in an 1890 letter to The Times, “I lay no claim to any exceptional fineness of nature; but I say, beginning life as a rough, ill-educated, impatient man, I have found my schooling in these very African experiences which are now said by some to be in themselves detrimental to European character.”

In his day, Stanley’s feats enthralled the public. Mark Twain predicted, “When I contrast what I have achieved in my measurably brief life with what [Stanley] has achieved in his possibly briefer one, the effect is to sweep utterly away from the ten-story edifice of my own self-appreciation and leave nothing behind but the cellar.” Anton Chekhov saw Stanley’s “stubborn invincible striving towards a certain goal, no matter what privations, dangers, and temptations for personal happiness,” as “personifying the highest moral strength.”

But in the ensuing century, his reputation plummeted as historians criticized his association in the early 1880s with King Leopold II, the profiteering Belgian monarch whose ivory traders would later provide direct inspiration for Joseph Conrad’s Heart of Darkness. As colonialism declined and Victorian character-building lost favor, Stanley was depicted as a brutal exploiter, a ruthless imperialist who hacked and shot his way across Africa.

But another Stanley has recently emerged, neither a dauntless hero nor a ruthless control freak. This explorer prevailed in the wilderness not because his will was indomitable, but because he appreciated its limitations and used long-term strategies that social scientists are only now beginning to understand.