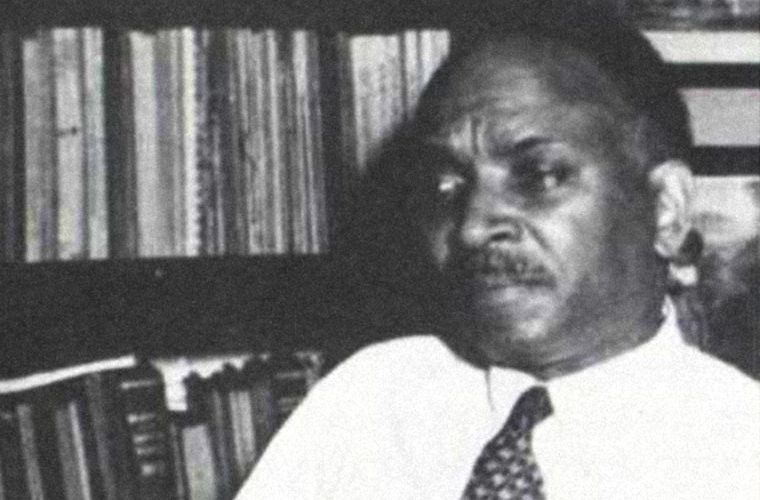 Claude Albert Barnett, entrepreneur and founder of the Associated Negro Press (1919-1967), was born in Sanford, Florida to William Barnett and Celena Anderson. At nine months he was brought to Mattoon, Illinois to live with his maternal grandmother.  Barnett grew up in Illinois, attending schools in Oak Park and Chicago.  In 1904 he entered Tuskegee Institute in Alabama.  Two years later in 1906 he received a diploma and was granted the Institute’s highest award.

Following graduation, Barnett returned to Chicago and became a postal worker.  Through his new employment, he read numerous magazines and newspapers.  Fascinated by the advertisements, in 1913 Barnett began reproducing photographs of notable black luminaries, which he sold through advertising in African American newspapers.  By 1917 Barnett had transformed this endeavor into a thriving mail-order enterprise.

After this initial success, Barnett and several partners started the Kashmir Chemical Company, a cosmetics business where he served as advertising manager.  Shortly thereafter he resigned his post office position and traveled the country, promoting both his photographs and beauty products to mostly black customers.  As he placed his ads in various black newspapers across the country he noticed a common trend, these newspapers were in dire need of substantive news to report.

Consequently, in 1919 Barnett created the Associated Negro Press (ANP), a service designed to provide news outlets with a reliable stream of news stories.  At first, he bartered news stories from varied sources to the black newspapers in return for advertising space.  Eventually, he built a reliable team of black news reporters known as “stringers” who provided stories of interest to African Americans.  Barnett then charged newspaper publishers $25 per week for access to the latest stories.

At its zenith in the early 1950s, the ANP simultaneously serviced 200 newspapers across the United States and the world.  Barnett expanded his network of stringers beyond the United States into the West Indies and Africa.

Barnett became one of the most influential figures among African Americans.  Beginning in 1930 he served as a consultant to the United States Department of Agriculture for secretaries Henry A. Wallace, Claude, R. Wickard, and Charles F. Brannon.  In 1934 Barnett married popular entertainer Etta Moten and together they traveled the world and most notably the African continent, which they visited 11 times in a 13 year period.  Between 1938 and 1942 he served as the president of the board of directors of Provident Hospital in Chicago.

By the late 1940s, Barnett was considered a celebrity by many black people all over the world.  In 1949 he was awarded an honorary Doctorate of Humanities Degree from Tuskegee Institute.  Two years later, Paul Eugene Magloire, the President of Haiti presented him the Chevalier Order of Honor and Merit and in 1952 Liberian President William V.S. Tubman bestowed the honorary title, “Commander of the Order of Star of Africa.”  In the 1950s Barnett served on the Board of Trustees for Tuskegee Institute and for Supreme Liberty Life Insurance Company in Chicago.

Claude Albert Barnett died of a cerebral hemorrhage at his home on August 2, 1967, in South Park, Chicago.  He was 78.