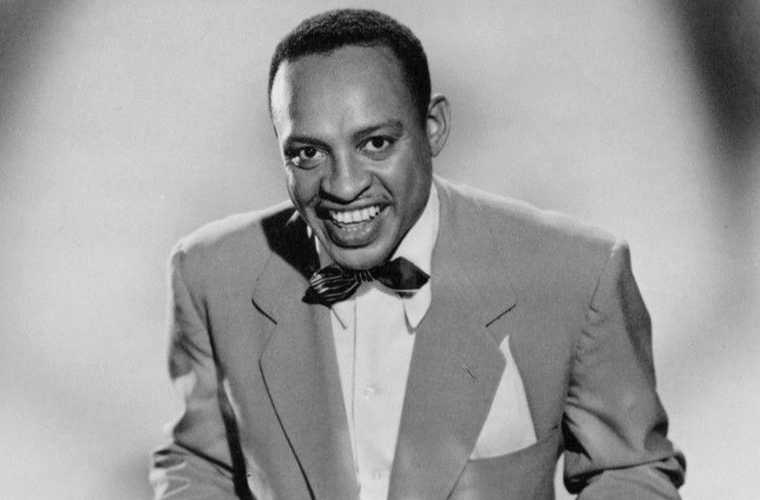 Lionel Hampton, in full Lionel Leo Hampton, byname Hamp, (born April 20, 1908, Louisville, Kentucky, U.S.—died August 31, 2002, New York, New York), American jazz musician and bandleader, known for the rhythmic vitality of his playing and his showmanship as a performer. Best known for his work on the vibraphone, Hampton was also a skilled drummer, pianist, and singer.

As a boy, Hampton lived with his mother in Kentucky and Wisconsin before finally settling in Chicago, where he received tuition on the xylophone from percussionist Jimmy Bertrand. Hampton got his start playing drums in the Chicago Defender Newsboys’ Band before moving to California in the late 1920s. There he played drums in a succession of bands, the most notable being Paul Howard’s Quality Serenaders, with which Hampton made his recording debut in 1929. He next joined Les Hite’s band and accompanied Louis Armstrong on several recordings. At one session in 1930, Armstrong asked Hampton to play the vibraphone that had been fortuitously left in the studio. The results were “Memories of You” and “Shine,” the first jazz recordings to feature improvised vibraphone solos. From this point on, the vibes became Hampton’s main instrument.

During the early 1930s, Hampton studied music for a brief period at the University of Southern California and appeared in a few films featuring Armstrong and Hite. After leaving Hite, Hampton led his own band in Los Angeles’s Paradise Cafe, where he was discovered by Benny Goodman in 1936. Soon thereafter, the Benny Goodman Trio (Goodman, pianist Teddy Wilson, and drummer Gene Krupa) became a quartet with the addition of Hampton. As a member of the Goodman group for the next four years, Hampton made some of his most heralded recordings, taking memorable solos on such songs as “Dizzy Spells,” “Avalon,” and “Moonglow.” Hampton was an extroverted, energetic performer who provided the Goodman quartet with drive and dynamism. He was also, for a brief period, drummer with the Goodman orchestra after Gene Krupa left in 1938.

While still with Goodman, Hampton led recording sessions under his own name during the years 1937–39. The majority of these represent some of the best jazz of the era and feature such legendary musicians as Coleman Hawkins, Benny Carter, Nat Cole, Cootie Williams, Harry James, Red Allen, Ben Webster, and Charlie Christian. On these recordings, Hampton occasionally plays piano (on which he performed vibraphone-style with two fingers) or drums, but most feature him on the vibes and reveal him to be as sensitive with ballads as he is extroverted on up-tempo numbers.

Hampton left Goodman and formed his own band in 1940. He had his first major hit in 1942 with “Flying Home,” the number that became his perennial theme song. One of the most long-lived and popular assemblages in jazz, Hampton’s band included such noted musicians as Wes Montgomery, Clifford Brown, Art Farmer, Dexter Gordon, Quincy Jones, Jimmy Cleveland, and Cat Anderson; and the band’s vocalists included Joe Williams, Dinah Washington, Betty Carter, and Aretha Franklin. The band’s hit recordings of the 1940s included “Hamp’s Boogie Woogie,” “Midnight Sun,” “Million Dollar Smile,” and “Central Avenue Breakdown.” As the 1940s progressed, Hampton’s band incorporated bebop stylings into the arrangements, but it returned to old styles and played rhythm and blues with greater frequency (especially evident in the saxophone work of Illinois Jacquet) in the ’50s. It was also during this decade that Hampton released two of his most celebrated recordings, “September in the Rain” (1953) and “Stardust” (1955), both featuring some of his most beautiful and creative vibes solos.

Hampton continued to lead big bands and small groups for the remainder of his career, which extended into the 21st century. He participated in an outstanding series of combo recordings during the mid-1950s on which he proved himself one of the few musicians not to be intimidated by the genius of pianist Art Tatum. In the 1960s Hampton started his own record label and undertook extensive tours of Europe, Africa, Japan, and the Philippines. He had a few reunions with the Benny Goodman Quartet throughout the years, none so memorable or poignant as an appearance at the 1973 Newport Jazz Festival, a few months before Gene Krupa’s death. In the 1980s and ’90s, Hampton was still drawing sellout crowds throughout the world. Despite bouts of ill health, he continued to perform on a limited basis into his 90s.

Although Red Norvo is credited as the first jazz musician to play the vibraphone, it was Hampton who extended the instrument’s possibilities and made it a standard item in the jazz world, especially in small-group settings. A true jazz icon, Hampton received numerous awards and honors, including 15 honorary doctorates from universities throughout the world, and the music school at the University of Idaho is named in his honor.