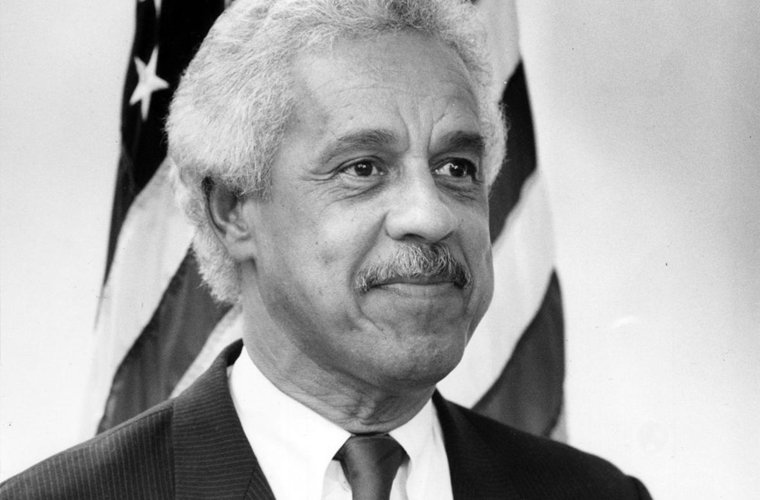 Lawrence Douglas Wilder was born on January 17, 1931, in the former Confederate capital, Richmond, Virginia. The grandson of a former slave, Wilder was named after abolitionist Frederick Douglass and poet Paul Laurence Dunbar. He had six sisters and one brother and was raised by parents Robert and Beulah Wilder. Growing up during the Great Depression, Wilder has characterized his childhood as one of “gentle poverty.” But education would provide a pathway to a better world, with Wilder working his way through Virginia Union University by waiting tables at hotels. In 1951, he graduated with a Bachelor of Science degree in chemistry, and shortly after was drafted into the United States Army to fight in the Korean War.

Wilder volunteered for combat to shorten his tour of duty and saw no shortage of action during his time in America’s Forgotten War. During the Battle of Pork Chop Hill, Wilder and two other soldiers were separated from their unit but managed to bluff 19 Chinese soldiers into surrendering. For his heroism, he was awarded a Bronze Star and was later promoted to sergeant.

After returning to the U.S., Wilder at first worked in the Virginia state medical examiner’s office but soon set off to pursue a career as an attorney. Despite an outstanding war record, he was prohibited from enrolling in law school in Virginia because the state barred blacks from attending its law schools. Undeterred, he pursued his law degree at Howard University in D.C., graduating in 1959 and passing the Virginia Bar that same year. Wilder then returned to Richmond and helped establish one of the city’s few minority-owned law firms, Wilder, Gregory & Associates.

In 1969, Wilder successfully ran for the Virginia State Senate, becoming the first African American to do so since the Reconstruction. In 1985, he was elected the state’s first African-American lieutenant governor. And only five years later, he became the nation’s first African-American governor. During his four years as governor, he had a reputation for being a moderate and made great strides in balancing the state’s budget. He left office in 1994 and pursued a number of different initiatives, including hosting a radio talk show, founding the project to build the National Slavery Museum and teaching at Virginia Commonwealth University. Ten years after leaving politics, however, he returned to elected office, this time as mayor of Richmond. In 2008, he announced he would not be seeking another term. He left office when his term expired in 2009.

Wilder married Eunice Montgomery on October 11, 1958, but the couple divorced in 1978. They have three children, Loren, Larry and Lynn, and two grandchildren.