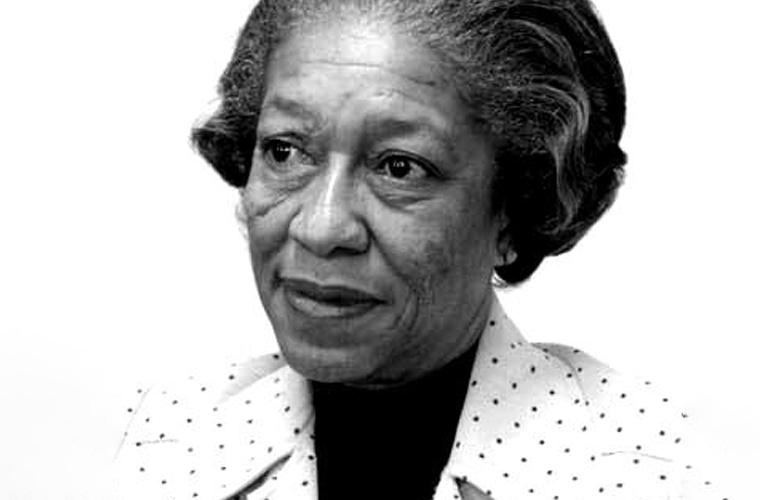 Dr. Carolyn L. Robertson Payton was the first African American and the first woman to become the director of the U.S. Peace Corps. She was appointed in 1977 by U.S. President Jimmy Carter.

Carolyn L. Robertson Payton was born on May 13, 1925, in Norfolk, Virginia, to Bertha M. Flanagan, a seamstress, and Leroy S. Robertson, a ship steward. She graduated from Booker T. Washington High school in Norfolk in 1941 and received her B.S. degree in Home Economics from Bennett College in Greensboro, North Carolina, in 1945. Payton remained close to Bennett College, establishing a scholarship fund there in the late 1990s.

Payton then attended the University of Wisconsin where her tuition and other expenses were paid by the state of Virginia as part of the state’s policy of sending black graduate students to out-of-state institutions rather than allowing them to received advanced degrees at the state’s universities. Payton received her Master’s in Psychology from Wisconsin in 1948.

After graduation, Payton took positions as a psychologist at Livingston College in Salisbury, North Carolina, and as a psychology instructor at Elizabeth City State Teachers College in Elizabeth City, North Carolina, where she also served as dean of women. She joined the faculty of Howard University in Washington, D.C., after completing coursework for her Ph.D. at Columbia University in 1959. She received her Ph.D. from Columbia in 1962.

Dr. Payton first came to work for the Peace Corps in 1964. In 1966 she was named country director for the Eastern Caribbean, stationed in Barbados, serving in this position until 1970. In 1977 President Jimmy Carter appointed her director for the entire agency. She served only thirteen months, however, and was forced to resign because her views on the importance of the Peace Corps mission, its implementation strategies, and volunteers being nonpolitical were diametrically opposed to the then-director of action, Sam Brown.

Payton is best known, however, for her career contribution as the director of the Howard University Counseling Service (HUCS) from 1970 to 1977, and later as dean of counseling and career development from 1979 until her retirement in 1995. While at Howard, she led the development of clinical material focused on providing counseling and psychotherapy to African American men and women. The Howard program was eventually adopted by the American Psychological Association (APA). Dr. Payton was also a pioneer in the use of group therapy techniques specifically for African American clients.

Dr. Payton was an active member of APA for over forty years and was one of the original members of the Task Force on the Psychology of Black Women in 1976. The APA’s Carolyn Payton Early Career Award is named in her honor. Payton also served on a number of APA boards and committees including the Committee on Women in Psychology (CWP) and the Gay, Lesbian, and Bisexual Concerns Committee. She received several of the APA’s most prestigious awards including the Distinguished Professional Contributions to Public Service Award in 1982 and the APA Award for Outstanding Lifetime Contribution to Psychology in 1997.

Dr. Carolyn L. Robertson Payton died from a heart attack at her home in Washington, D.C. on April 11, 2001. She was seventy-five. Following the announcement of her death, the Peace Corps flew its flag at half-staff at its headquarters in Washington, D.C. in her honor.