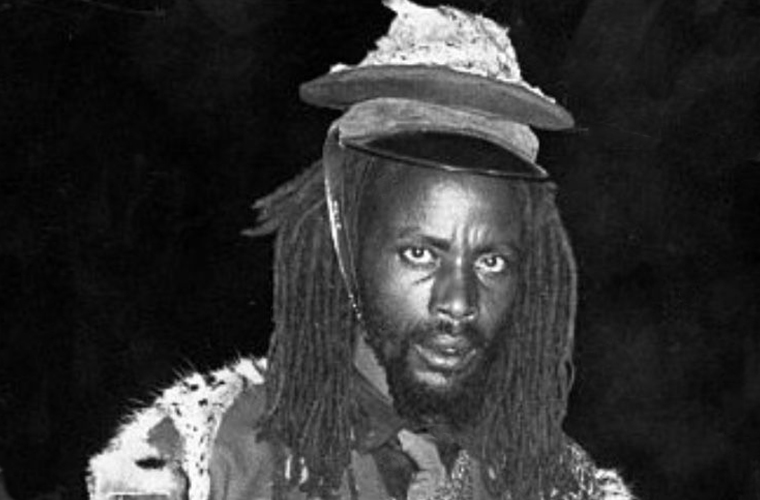 Mwariama rose from the rank of General to that of Field Marshal after the capture and killing of Field Marshal Dedan Kimathi. He joined the armed struggle a year before the colonial government declared the 1952 Emergency that unleashed untold suffering and terror in the country. during the colonial reprisals against the independence struggle, the British were able to reduce the momentum of the armed resistance in the western parts of Mt Kenya through the use of brute force and destruction.

However, on the Meru side of Mt Kenya, there were Mau Mau fighters whom the British could not capture or kill despite many encounters between the fighters and the forces of the colonial government. Field Marshal Mwariama was the highest ranking of the Mau Mau commanders on the Meru front. Others included General Baimungi and General Ruku among others. From the day in 1951 when he vowed to fight for freedom until December 1963 when he emerged from his last command base a few kilometers from Timau on the slopes of Mt Kenya, Field Marshal Mwariama never stopped fighting.

In one encounter with the British forces in Kina in Meru, Field Marshal Mwariama is said to have lost close to 500 fighters. In the battle, he sustained seven gunshot wounds but escaped and survived to continue his fight against the British. With his towering height and constantly searching glances, the Field Marshal had a hypnotizing and intimidating appearance. Besides being charismatic, those who fought alongside the hero, whose real name was M’Kirigua M’MuchirI and born in 1924 in Muthara Location, Tigania Division in Meru County, remember him as an intelligent man who never trusted blindly.

Brigadier Joseph Mwenda, who was the personal aide and bodyguard of the Field Marshal, says that while the British were able to clamp down on the majority of the leaders of Mau Mau, Mwariama was able to wage war against the British until the end of their reign in Kenya. He said that Mwariama relied on his superior intelligence to lay down strategies for successful attacks against the colonial settlers and administrative outposts in the region.

“When the British started carrying out air strikes on areas that they thought were bases of the Mau Mau, we used decoys to keep them busy. They used to carry out the strikes at night, so we would light fires in the forests away from our bases and they would keep on dropping bombs on those targets for the whole night.

What they never knew was that we never slept at night. While they targeted the forests and slopes of the mountain, we were on the move carrying out operations against the settlers and colonial government positions,” says Brigadier Mwenda. The 91-year-old recalls those who were under the command of Mwariama were taught to survive without eating cooked food. The Mau Mau veteran, who has been feted as a national hero and awarded the Mashujaa Medal, says the reason why they avoided cooked food was to enhance their natural senses.

“We were taught that a diet without food cooked with fire increases the sense of smell and also reduces body odor making it harder for trackers to pick up our scent. We ate fruits, tubers like sweet potatoes and unripe maize,” says the Brigadier. Field Marshal Mwariama never let down his guard and that was one of the main reasons why the British never succeeded in trapping him. According to Brigadier Mwenda there were four layers of security to guarantee the safety of the Field Marshal and his command base at any given time.

The first layer was the Special Scouts who always monitored the surrounding areas and also kept their ears on the ground for the plans of the colonial forces. The second layer was the Guards who surrounded the vicinity of the location of the Field Marshal. They were the first contact for anyone approaching the leader’s location and they would mount the first engagement if those approaching were foes. The third ring of security was the biggest and was composed of the main force at the base.

The fourth ring was smaller than the third and was composed of the senior ranks of the fighters who were also the best trained and experienced. Friendly visitors also had to contend with several levels of security. Before Field Marshal Mwariama and other Mau Mau leaders like General Baimungi agreed to come out of their bases ahead of Kenya’s first Jamhuri Day, Mzee Kenyatta made several attempts for his message to be heeded.

Official government communication was released through public broadcasts and through government representatives throughout the country for any Mau Mau still in their bases to come out since the colonial government had agreed to end its presence in the country. When it was evident that Field Marshal Mwariama and the other top leaders of the movement were not responding to the messages, Mzee Kenyatta sent personal emissaries to meet them.

Jesse Kariuki, the mysterious independence struggle operative who was regarded by many as invisible, led the delegation that was sent to deliver Mzee Kenyatta’s message to Field Marshal Mwariama. Brigadier Mwenda recalls that Kariuki and his company had to pass through all the security layers before getting the opportunity to meet the Field, Marshal. The meeting happened at Ntirimiti cave which is a short distance from Timau along the Nanyuki—Isiolo highway.

After the meeting with Kariuki, Field Marshal Mwariama and eight of his men traveled to Nairobi to meet Mzee Kenyatta. Mzee Kenyatta hosted Mwariama at his Gatundu home where he presented the Field Marshal with the Kenyan flag and reassured him that the nation was now free. Mwariama agreed to go back to his base and come out with the close to 2000 fighters who were at his base while also undertaking to convince the Mau Mau leaders in the Meru region to come out. 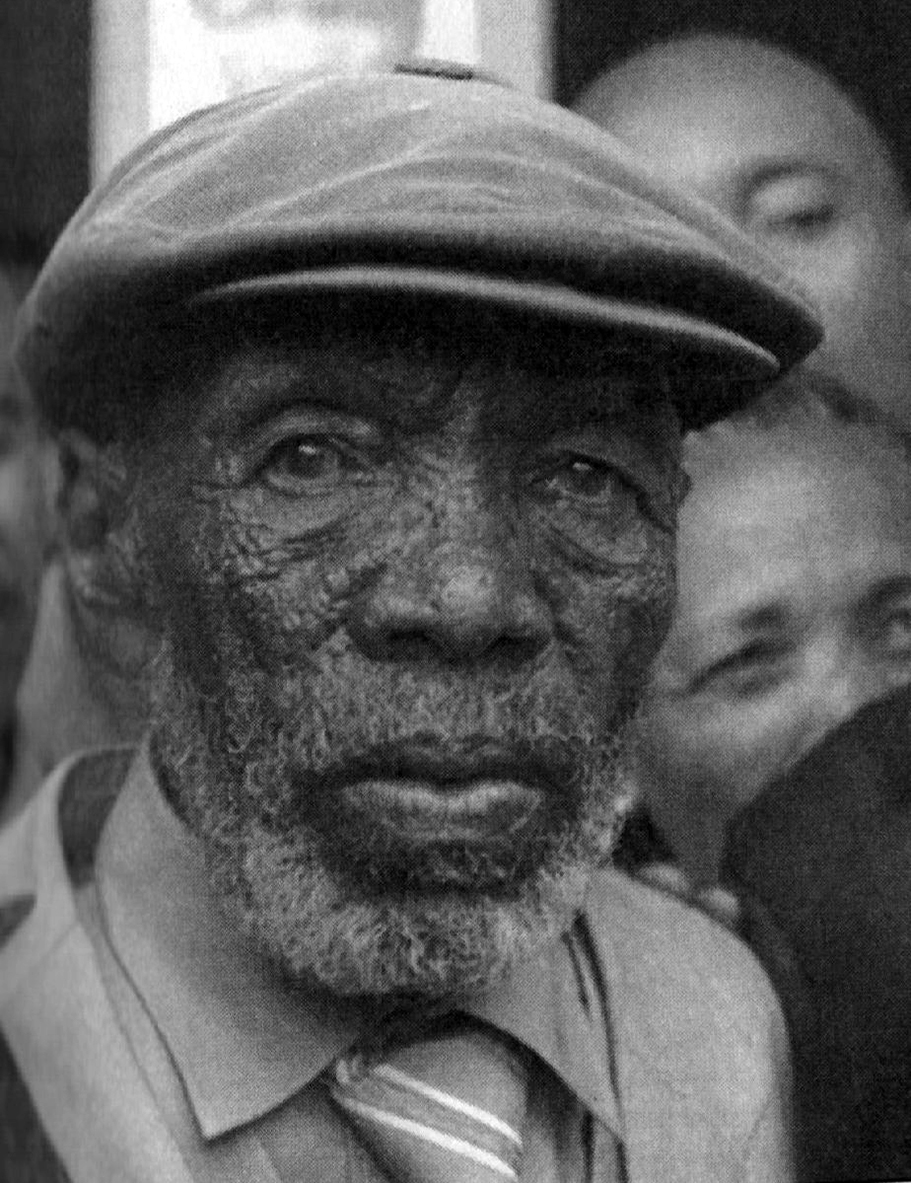 Mwariama and his close to 2000 armed men were received by Mzee Kenyatta at Ruringu Stadium in Nyeri on 12th December 1963, the same day Kenya became independent. After independence, Field Marshal Mwariama was decorated with the Order of Elder of the Burning Spear (EBS) medal. He settled in kiambogo villages in Timau, a settlement scheme that became the home of the majority of his force.

The first-born sons of his two wives have kept some of the possessions left by their father including the leopard skin jacket he wore during his days leading the Mau Mau. Woven on the left side breast of the jacket is ‘Field Marshal Musa Mwariama’and on its back ‘Kenya African Union. Kenya African Union was the precursor of the Kenya African National Union and it is the party the British accused of masterminding the Mau Mau war.

Field Marshal Mwariama’s death in 1989 was paradoxical. For a man who survived the bullets and deadly traps of the colonial government for more than a decade, he died from the effects of snake poison which he sucked from the leg of a friend who was bitten by a snake. Joel Mwariama says that his father traveled to Ukambani with a friend and during the trip, his friend was bitten by a poisonous snake. His father decided to suck the poison out of his friend’s leg but little did he know that he had tooth cavities.

A tree planted on his grave after his internment has grown to a towering height with a huge canopy that has to be trimmed regularly, acting as a constant reminder of his unbroken spirit. His sons reckon that the tree is a constant reminder of the unbowed courage of their father and his refusal to compromise with the British colonial settler power.