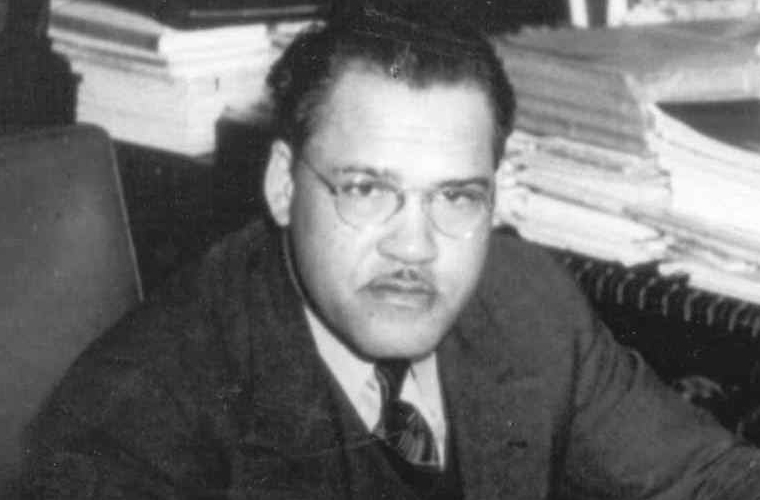 Frederick Douglass Patterson, renowned educator and founder of the United Negro College Fund, was born in Washington, D.C. on October 10, 1901. He was orphaned at the age of 2 and his older sister cared for him. Patterson attended Prairie View Normal and Industrial Institute in Texas and earned a teaching certificate in 1915. He went on to acquire a doctorate in veterinary medicine in 1923 (at the young age of 22), and a Master of Science degree, in 1927, both from Iowa State University. Between 1923 and 1928, he served as the Director of Agriculture at Virginia State College and taught veterinary science there.

Patterson joined the Tuskegee Normal and Industrial Institute in Alabama in 1928. He was chosen as the head of the veterinary division at Tuskegee and five years after his arrival, he earned a second doctorate from Cornell University in 1933.  In 1935 Dr. Patterson was appointed President of the Tuskegee Institute at the age of 34. Only Booker T. Washington, who founded the Institute in 1881 at the age of 23, was a younger leader of the college.  Patterson served as Tuskegee’s President until 1953. He ranked one of his most important achievements as the creation of Tuskegee’s School of Veterinary Medicine in 1944.  This was the first veterinary medical school at a black institution.

Patterson believed in the important relationship between a balanced diet and educational achievement and led the effort to infuse those principles in the nutrition and dietetics courses taught at Tuskegee.  He received national attention for those efforts and Patterson was appointed by President Johnson to oversee the development of the federally funded school-lunch program, which gave underprivileged children the opportunity to gain a strong nutritional base.

Patterson was a member of President Truman’s Commission on Higher Education and helped write the 1947 report that helped reorganize higher education in the United States.  Controversial at the time, the report called for doubling the number of students attending American colleges and universities over the next decade, and ending racial segregation in institutions of higher education in the South by eliminating a large number of unnecessary duplicate programs on black and white state college campuses.   The reforms that undermined racial segregation were not implemented leading to protracted struggles to integrate college campuses that in some instances continue to this day.

Patterson, a member of Alpha Phi Alpha and Sigma Pi Phi fraternities, believed education was the major path to upward mobility and for his work in that endeavor, received numerous awards and distinctions including the Presidential Medal of Freedom, the nation’s highest civilian honor, from President Ronald Reagan in 1987.  Frederick Patterson died in his New Rochelle, New York home on April 26, 1988, at the age of 86.  His legacy lives on in the Frederick D. Patterson Institute, which was established to design, conduct, and disseminate research to guide policymakers toward improving educational opportunities for African Americans and other people of color.