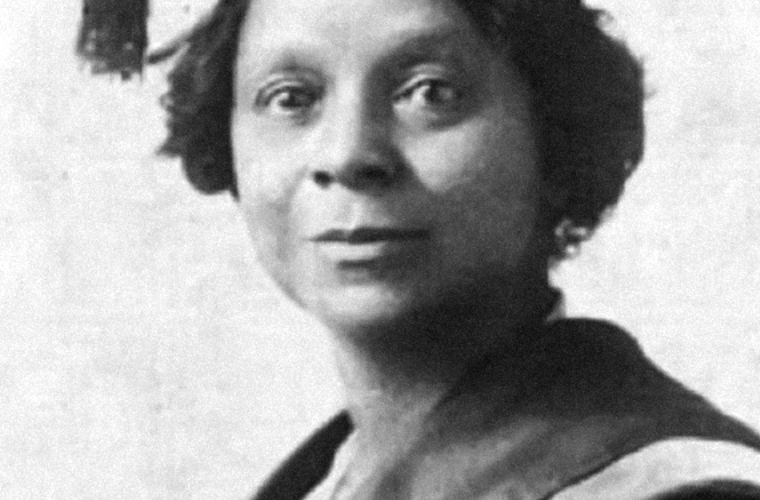 Georgiana R. Simpson was the second black women to be awarded a Ph.D. in the United States. She received her degree in German from the University of Chicago in 1921, the same year that Sadie Tanner Mossell became the first black woman to be awarded the degree (from the University of Pennsylvania) and Eva Beatrice Dykes became the third to achieve the honor (from Howard University). Simpson was by far the oldest of the three.  She was fifty-five years old when the degree was conferred.

Georgiana Simpson was born in Washington, D.C. in 1866, where she attended public schools. She was then trained at a District of Columbia Normal School which prepared her to teach in the elementary schools in the city beginning in 1885. Encouraged by one of her former instructors, Dr. Lucy E. Moten, Sampson decided to spend a year and a half studying language and literature in Germany. After earning her B.A. in German language and literature at the University of Chicago in 1911, she returned to Washington, D.C. to teach at M. Street School, later Dunbar High School.

Simpson first enrolled at the University of Chicago in 1907 and experienced racism almost immediately upon her arrival at the campus. Several white Southern female students protested Simpson being allowed to live in their dorm and a number of them moved out. Simpson, like other African American students at the school, often took summer courses to avoid interaction with white students as much as possible. She even took many of her courses via correspondence to limit her time on campus.

After earning a bachelor’s degree in 1911, Simpson returned to the University in 1917 to undertake her postgraduate studies in German philology, focusing on German romanticism. She was in residence on campus during the Chicago Race Riots of 1919.  Her presence, however, continued to generate controversy.  In 1920 University of Chicago President Harry Pratt insisted that Simpson find an alternative residence off campus. She was fifty-four years old at the time. Her situation sparked a national debate as to how African American students should be accommodated at top universities. Simpson, however, left the University of Chicago campus.

Nonetheless, in 1921, she received her Ph.D.  A photograph of her in her doctoral robes was featured in the September 1921 issue of The Crisis, the publication of the National Association for the Advancement of Colored People (NAACP).  Simpson immediately returned to high school teaching in Washington, D.C.  The fame and respect she garnered following her graduation eventually led Howard University to offer her a professorship in 1931. Simpson was sixty-five when she became a university professor.  She remained a member of the faculty until 1939.  Georgiana Simpson never married.  She died in her home in Washington, D.C. in 1944.