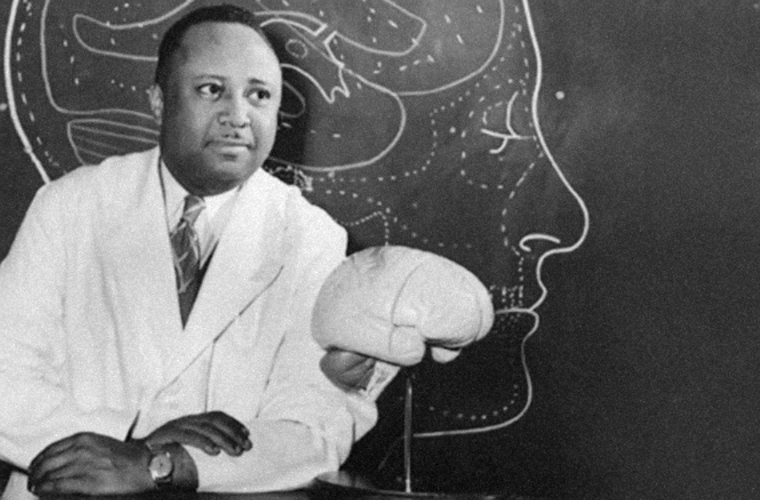 Dr. Moses Wharton Young was born in Spartansburg, S.C., in 1903 and moved to the Washington area in 1924. He graduated from Howard University, where he earned his degree in medicine. He earned a doctorate in neuroanatomy from the University of Michigan and later received an honorary doctorate of sciences from Howard.

He returned to Washington in 1934 and joined the teaching staff at the Howard medical school. His primary research was in the fields of baldness and deafness and he also did research on the anatomical basis of glaucoma. In 1950, along with other Howard University anatomists, Dr. Young boycotted the 63rd meeting of the American Association of Anatomists in New Orleans, Louisiana, when they were refused accommodations in the headquarters hotel because of their race.

A Fulbright scholar, professor, and visiting lecturer, he served as chairman of the Ninth International Congress of Anatomists in Leningrad, Russia, in 1970. Dr. Young received the U.S. Department of Defense’s Pentagon Award for his research on the mechanics of blast injuries.

Young retired from Howard University in 1973. For the next six years, he taught at the University of Maryland. He retired for the second time in 1979. He also was a visiting professor in India and Japan and at the Chicago and Meharry medical colleges.

Dr. Young was a member of the Alpha Omega Alpha, a national medical society, and the American Association of Anatomists. He published more than 100 papers in professional journals.

He died of cancer on February 5, 1986, at Howard University Hospital.