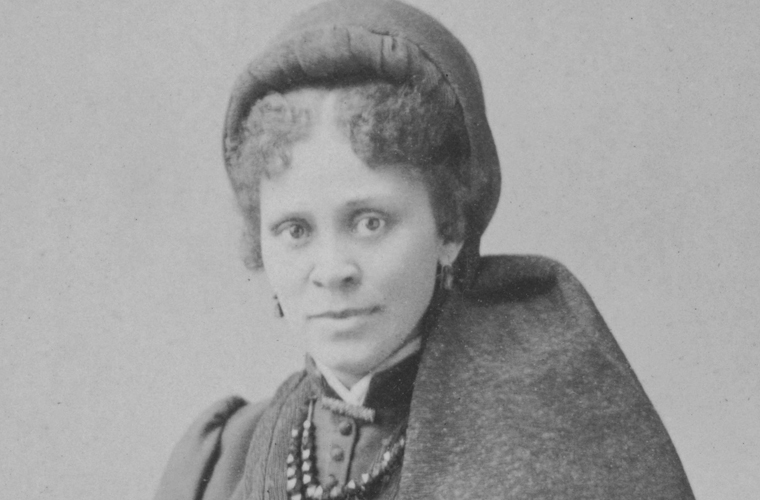 Hallie Brown’s parents were former slaves who married about 1840. Her father, who bought his freedom and that of family members, was the son of a Scottish plantation owner and her African American overseer; her mother was the granddaughter of a white planter who had fought in the Revolutionary War, and she was freed by this grandfather. Hallie Brown’s birth date is uncertain. It is given as early as 1845 and as late as 1855. Hallie Brown grew up in Pittsburgh, Pennsylvania, and Chatham, Ontario.

She graduated from Wilberforce University in Ohio and taught in schools in Mississippi and South Carolina. In 1885 she became dean of Allen University in South Carolina and studied at the Chautauqua Lecture School. She taught public school in Dayton, Ohio, for four years, and then was appointed lady principal (dean of women) of Tuskegee Institute, Alabama, working with Booker T. Washington.

From 1893 to 1903, Hallie Brown served as professor of elocution at Wilberforce University, though on a limited basis as she lectured and organized, traveling frequently. She helped promote the Colored Woman’s League which became part of the National Association of Colored Women. In Great Britain, where she spoke to popular acclaim on African American life, she made several appearances before Queen Victoria, including tea with the Queen in July 1889.

Hallie Brown also spoke for temperance groups. She took up the cause of woman suffrage and spoke on the topic of full citizenship for women as well as civil rights for black Americans. She represented the United States at the International Congress of Women, meeting in London in 1899. In 1925 she protested segregation of the Washington (DC) Auditorium being used for the All-American Musical Festival of the International Council of Women, threatening that all black performers would boycott the event if segregated seating were not ended.

Two hundred black entertainers did boycott the event and black participants left in response to her speech.

Hallie Brown served as president of several organizations after she retired from teaching, including the Ohio Federation of Colored Women’s Clubs and the National Association of Colored Women. She served as a representative of the Women’s Parent Missionary Society of the African Methodist Episcopal Church at the World Missionary Conference in Scotland in 1910. She helped raise funds for Wilberforce University and helped initiate the drive to raise funds to preserve Frederick Douglass’ home in Washington, DC, a project undertaken with the help of Douglass’ second wife, Helen Pitts Douglass.

In 1924 Hallie Brown supported the Republican Party, speaking for Warren Harding’s nomination at the Republican Party convention where she took the opportunity to speak up for civil rights. She published a few books, mostly connected with public speaking or famous women and men.