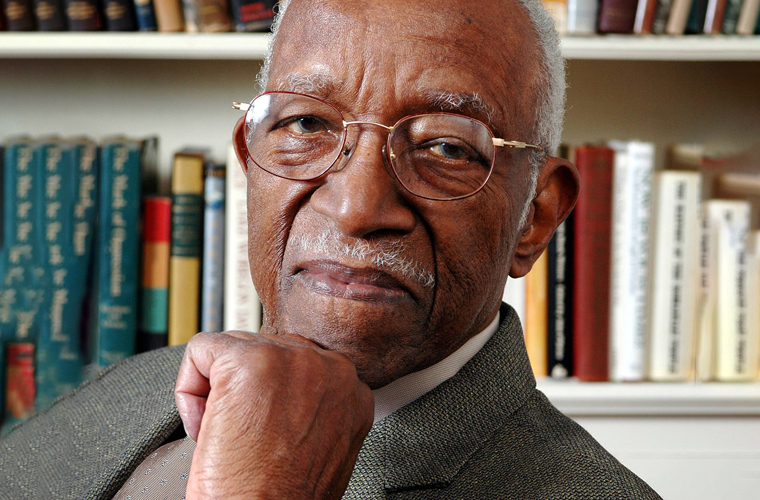 John Hope Franklin, (born Jan. 2, 1915, Rentiesville, Okla., U.S.—died March 25, 2009, Durham, N.C.), American historian and educator noted for his scholarly reappraisal of the American Civil War era and the importance of the black struggle in shaping modern American identity. He also helped fashion the legal brief that led to the historic Supreme Court decision outlawing public school segregation, Brown v. Board of Education of Topeka (1954) and was instrumental in the development of African-American Studies programs at colleges and universities.

Franklin first gained international attention with the publication of From Slavery to Freedom (1947; 7th. ed., 1994). His other works treating aspects of the American Civil War include The Militant South, 1800–1861 (1956), Reconstruction: After the Civil War (1961), and The Emancipation Proclamation (1963). He also edited three books of the Civil War period, as well as several other books, including Color and Race (1968) and Black Leaders of the Twentieth Century (1982). George Washington Williams: A Biography (1985), Race and History: Selected Essays, 1938–1988 (1989), and The Color Line: Legacy for the Twenty-First Century (1993) are among his later publications.