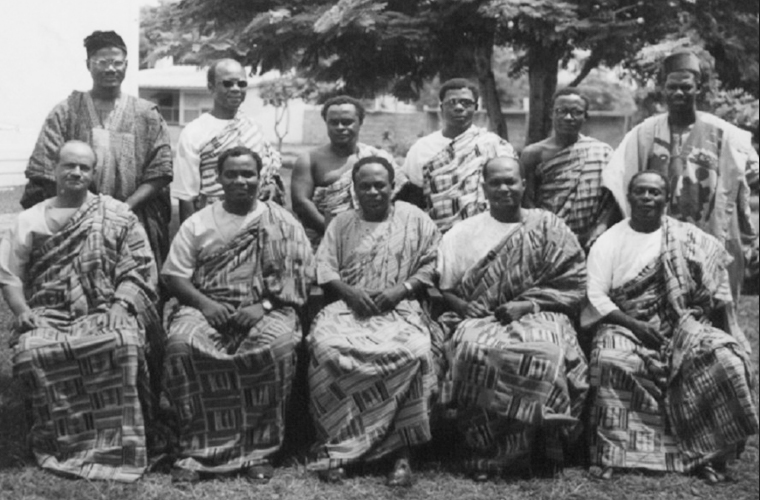 A part of the psychopathology of colonization that the revered Frantz Fanon treated quite thoroughly is the stigmatization of black skin.
At every point after the 15th century, Africans had to settle for the least on the hierarchy of values ensured by Caucasians. Much of this pseudoscience was due to the politics of skin pigmentation.

The propaganda was simple: lighter is better. But it was extremely successful across the African continent and diaspora.

The “skin politics” in the colonial history of Ghana, Africa’s country with the most slave forts, gives a good idea of how skin color hurt and continues to hurt Africans on their own continent.

In recorded history, the Portuguese were the first Europeans to arrive in 1471 at the West African coastal town they would call El Mina (Elmina), or The Mine.

The locals called their town Edina. But that did not matter to the Portuguese because the town was good for something else – gold. The Europeans would later realize that much more gold came from the hinterlands.
For what it is worth, the Portuguese stayed on the coast. And then came the Swedes, the Danes, and the British.

The Europeans picked sides among the ethnic groups on the coast and the hinterlands. They set up the natives against each other and gained from these conflicts, slaves, and much more.

The merchants, sailors, and even priests who had come to “civilize, Christianize and engage in commerce” had children with the local African women.

The progenies of these relationships were the mulattoes. The word mulatto, as used in Africa, is borrowed from the Portuguese mulato, which in turn comes from the root word mulo, or mule.

Historians are not too clear on the term’s earliest connection with race. Some have theorized that the Moor occupation of Andalusia introduced the Arabic term muwallad to the Iberian peninsula.

The muwallad were the descendants of Christians in the Iberian region who convert to Islam. Its usage never connoted the idea of mixed-race offsprings.

For us today, it is difficult to see how the word mulatto may be connected to skin color. But what is more significant is how the state of being a mulatto drastically changed the social destiny of the category’s members in the Gold Coast.

By the middle of the 17th century, the European hegemony in the Gold Coast had been solidified. Colonization may not begin until 100 years later but the foundations were laid rather slowly.

The light-skinned mulattoes in the Gold Coast were not a cohesive social class. But they were differentiated from the dark-skinned, “full” Africans by the social advantages bequeathed to them by the rich Europeans.

For instance, because they were part white, mulattoes were trusted by Europeans to take up positions of relative influence in the Euro-African interaction.

J.T. Lever wrote that “[T]hrough their contact with both the foreign traders and the local African communities, mulattoes were often able to take advantage of the perennial need for mediators and brokers between the two groups.”

From the second half of the 18th century, Gold Coast mulattoes secured an economic foothold in the local economy by adapting European techniques to African concerns.

As the economy diversified, mulattoes were more preferred by Europeans as a connection to dark-skinned Africans. With these opportunities came wealth for mulattoes.

Many of the mulattoes were not educated in the languages of their absentee fathers. A few of them were, however, raised in the forts that housed the Europeans.

In the eyes of locals, what the mulattoes possessed was the blood of the white people that the locals had grown to fear.

A mulatto was, invariably, second only to the white man.

What eventually happened was the emergence of the Gold Coast Euro-African demographic. They were a revered group of people who could trace their patrilineal heritage to white men.

They had the money and social capital to go around. From the west coast to modern-day Accra, these descendants of Europeans were in the best position to afford education, health, and commerce.

Families of Euro-Africans would raise some of Gold Coast’s earliest lawyers, teachers, doctors, and industrialists.

Some 500 years on, names such as Bannerman, Pietersen, Quist, Reindorf, Hesse, Bartels, Lutterodt, Grant, Palmer, Vanderpuije among tens of others are prominent in the coastal regions.

As a result of the way paved for them, some descendants with these names are also unsurprisingly among some of Ghana’s wealthiest people, a testament to the endurance of wealth.

The relevance of the skin color of Ghanaians with one white parent has also not waned. The idea – lighter is better – sowed centuries ago, also still endures.

In Ghana, there is still a craze for “half-caste” people who have one white parent. This is either for their perceived beauty or wealth.

Even those who may not be mixed-race could still get the rose treatment for not being very dark-skinned. In the local Akan language, they may be called tuntum broni, which literally translates as “dark Caucasian”.

The malaise has taken hundreds of years of crystallization.