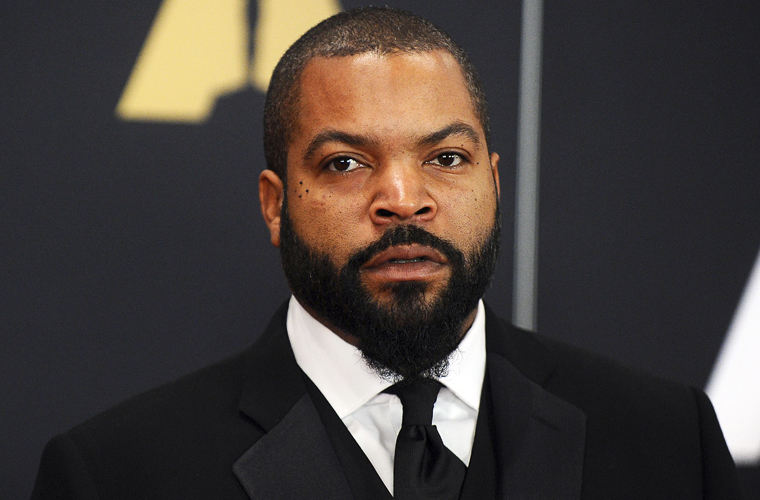 Ice Cube, by name of O’Shea Jackson, Sr., (born June 15, 1969, in Los Angeles, California, U.S.), American rapper and actor whose membership in the seminal gangsta rap group N.W.A gained him acclaim and launched his controversial but successful solo career. Ice Cube is known by hip-hop critics and fans as one of the greatest and most influential rappers of all time; to many others, he is best known as a television and movie star. Jackson was born in the Baldwin Hills neighborhood in South-Central Los Angeles. His mother, Doris, was a hospital clerk, and his father, Hosea, worked as a groundskeeper at the University of California, Los Angeles (UCLA). Ice Cube has credited his older brother, Clyde, with the conception of his stage name; when they were children, Clyde threatened to put his younger brother into the freezer until he became an ice cube.

Ice Cube became interested in hip-hop in his early teens and took to writing lyrics. After beginning the rap group C.I.A. (Cru’ in Action!) and performing with it for some time, and while still in school at George Washington Preparatory High School, he sold his first song to rapper Eazy-E and Ruthless Records. The song, originally titled “The Boyz-n-the-Hood,” was passed over by one rap group before being recorded by Eazy-E himself. The result was a major success as both Eazy-E’s first single and the first collaboration between future N.W.Members Ice Cube, Eazy-E, producer, and rapper Dr. Dre, and producer DJ Yella.

Ice Cube was credited again on the collaborative album N.W.A. and the Posse, which included the retitled “Boyz-in-the-Hood,” “8 Ball” (also written by Ice Cube), and “Dope Man,” which featured vocals by Ice Cube. Though the album featured songs by artists who were not members of N.W.A, the record company (Macola Records, not N.W.A’s own Ruthless Records) marketed it as an N.W.An album, bringing the group some recognition leading up to the 1988 release of its album Straight Outta Compton.

Between the two releases, however, Ice Cube left N.W.A to study architectural drafting at the Phoenix Institute of Technology. He soon rejoined the group in 1988 with a degree of little use to him. N.W.A began recording Straight Outta Compton not long after his return. Ice Cube has partial or full writing credits on nine of the 13 original tracks on the album, and he performs vocally on six, making him an indispensable voice on what critics have widely considered one of the best and most transformative albums in hip-hop history. Despite the controversy surrounding its profane and sometimes divisive content, Straight Outta Compton enjoyed impressive sales and warm critical reception. But even with the album’s unexpected success, Ice Cube was unhappy; after contributing massively to the album’s creation, he felt he was cheated out of royalties by the group’s manager, Jerry Heller. Ice Cube left N.W. A  In December 1989 as a result of the dispute. (It was later settled out of court in 1990.)

After leaving the group, Ice Cube launched a long and successful career as both a solo musician and an actor. His first solo album, AmeriKKKa’s Most Wanted, was released in 1990. A majority of the production was done by rap group Public Enemy’s production team, The Bomb Squad, while members from Ice Cube’s new crew, Da Lench Mob, made vocal appearances on the album. All told, the album was an impressive debut; since its release, critics have praised it for its uncompromising sociopolitical approach to urban and black culture, despite controversial content similar to that of Straight Outta Compton. It was certified platinum and is considered an essential and classic hip-hop album by many.

After the success of AmeriKKKa’s Most Wanted, Ice Cube released consecutive hit albums in 1991 and 1992. The first, Death Certificate, contained two of Ice Cube’s most controversial songs, namely “No Vaseline”—an N.W.A diss track—and “Black Korea.” The first was a response to insults thrown at Ice Cube on the N.W.An EP 100 Miles and Runnin’ and the album Efil4zaggin (or Niggaz4Life). “No Vaseline” insulted Eazy-E and Heller in particular, employing decidedly homophobic and anti-Semitic language in the process. “Black Korea,” on the other hand, criticized bigotry amongst Asian—specifically Korean—store owners by detailing (with the use of racial epithets) a typical trip to such a store. The song is said to have been a response to the killing of a young black girl, Latasha Harlins, by a Korean store owner in Los Angeles in 1991. Death Certificate received critical acclaim despite its controversy.

His 1992 release, The Predator, contained the inventive ghetto anthem “It Was a Good Day” as well as the popular hard-driving single “Check Yo Self.” (The songs appeared as a two-part music video as well.) The Predator was Ice Cube’s most commercially successful album; his follow-ups—including, amongst others, Lethal Injection (1993), the two-volume War & Peace (1998, 2000), Laugh Now, Cry Later (2006), and I Am The West (2010)—did not sell as well and are not considered as impressive or essential as his earlier work. After N.W.A, Ice Cube was also successful in some collaborative ventures, especially as a member of the group Westside Connection with rappers Mack 10 and WC. Their 1996 album, Bow Down, was certified platinum the year of its release.

Ice Cube had writing credits on several movies, including the Friday series, and production credits on several more, including Are We There Yet? (2005) and Are We Done Yet? (2007), both of which also featured him in a lead role. He co-produced the highly successful N.W.A biopic Straight Outta Compton (2015), in which his son, O’Shea Jackson, Jr., played Ice Cube. Ice Cube and his wife, Kimberly Woodruff, whom he married in 1992, also had three other children in addition to O’Shea Jackson, Jr. Ice Cube executive produced a single-season television adaptation of the Barbershop films in 2005, and he executive produced and acted in a television adaptation of the two Are We There Yet? films from 2010 to 2013. Throughout his career, he acted alongside major stars like Bernie Mac, Jennifer Lopez, Samuel L. Jackson, Vin Diesel, and more. Ice Cube reunited, sometimes musically, with the remaining members of N.W.After their 1989 split. In 2016 he and the other members of N.W.A was inducted into the Rock and Roll Hall of Fame.