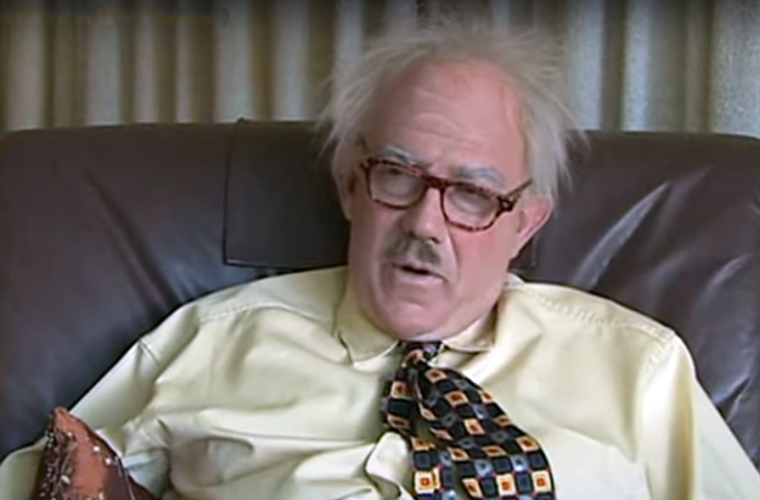 Born on April 14, 1912, Blake was drafted into the Army on December 23, 1943, at Fort McClellan in Anniston, Alabama. Despite his marriage after one year of attending high school, Blake also had previous experience in chauffeuring, truck, and tractor driving. He served for five years on active duty in the European theatre during and after World War II.

He worked as a bus driver for Montgomery City Bus Lines until 1974. After he retired, he became a member of The Morningview Baptist Church. Children’s pastor, Kem Holley, commented on his death: “Mr. Blake was a kind and gracious man, always had a smile on his face and always loved everybody.” She also remarked that “I know that a lot of people make a big deal out of Parks‘ arrest, but Mr. Blake grew with the times, and he loved everybody.”

In 1955 Montgomery’s black leaders were preparing to make a legal case against racial discrimination in the city bus system. Rosa Parks was selected to be the central figure in a challenge to the Jim Crow laws which supported segregation. Years before, in 1943, Parks had boarded a bus driven by Blake. She entered the front door of that bus and paid her fare—as she continued on to take a seat, Blake told her to disembark and enter the bus again from the back door, a rule imposed by some drivers. She got off and Blake drove off. She waited for the next bus, swearing to herself she would never ride with Blake again (though she forgot to check who was driving 12 years later).

Blake and Parks encountered each other again on December 1, 1955, when Blake ordered Parks and three other black people to move to the back of his Cleveland Avenue bus (number 2857) in order to make room for a white passenger. By Parks‘ account, Blake said, “Y’all better make it light on yourselves and let me have those seats.” When she refused, Blake first contacted the bus company and called his boss remarking, “I called the company first, just like I was supposed to do,” Blake recalled in a later interview with the Washington Post. “I got my supervisor on the line. He said, ‘Did you warn her, Jim?’ I said, ‘I warned her.’ And he said, and I remember it just like I’m standing here, ‘Well then, Jim, you do it, you got to exercise your powers and put her off, hear?’ And that’s just what I did.”

Parks, after being arrested, was fined $10 and $4 in court fees. Later, Blake contacted the police and signed the warrant for her arrest. (Chapter 6, Section 11, of the city code gave drivers police powers for the racial assignment of seats.) The arrest sparked the Montgomery Bus Boycott and led to Browder v. Gayle, the 1956 court case on the basis of which a United States District Court abolished segregation in transportation for the jurisdiction in which Montgomery, Alabama is located.

Commenting on the event afterward, Blake stated, “I wasn’t trying to do anything to that Parks woman except do my job. She was in violation of the city codes, so what was I supposed to do? That damn bus was full and she wouldn’t move back. I had my orders. I had police powers—any driver for the city did. So the bus filled up and a white man got on, and she had his seat and I told her to move back, and she wouldn’t do it.”

Blake continued working at the bus company (the Montgomery City Lines became the Montgomery Area Transit System in 1974) for another 19 years. He died of a heart attack in his Montgomery home in 2002, less than a month before his 90th birthday. He and his wife had been married for 68 years.