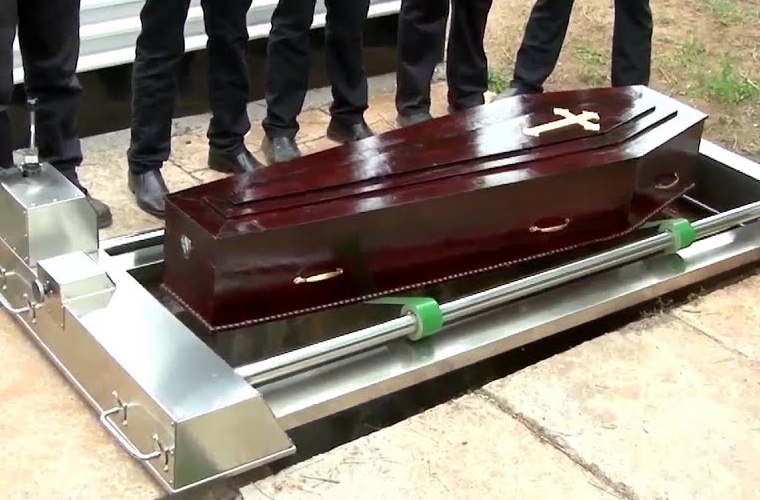 November 13, 1894, Albert C. Richardson of South Frankfort, Michigan received patent number 529,311 for the casket lowering device. Prior to his invention, caskets were simply buried in shallow graves or lowered with ropes into deeper graves. This required several people to work in unison to ensure that the casket was lowered evenly. Failure to do so would cause the casket to slip out the ropes and be damaged from hitting the ground. Richardson’s invention consisted of a series of pulleys and ropes which ensured uniformity in the lowering process. The same concept is used today. Richardson created several other devices. He received patent numbers 255,022 for a hame fastener on March 14, 1882, 446,470 for a butter churn on February 17, 1891, 620,362 for an insect destroyer on February 28, 1899, and 638,811 for an improvement in the design of the bottle on December 12, 1899. Not much else is known of Richardson’s life. 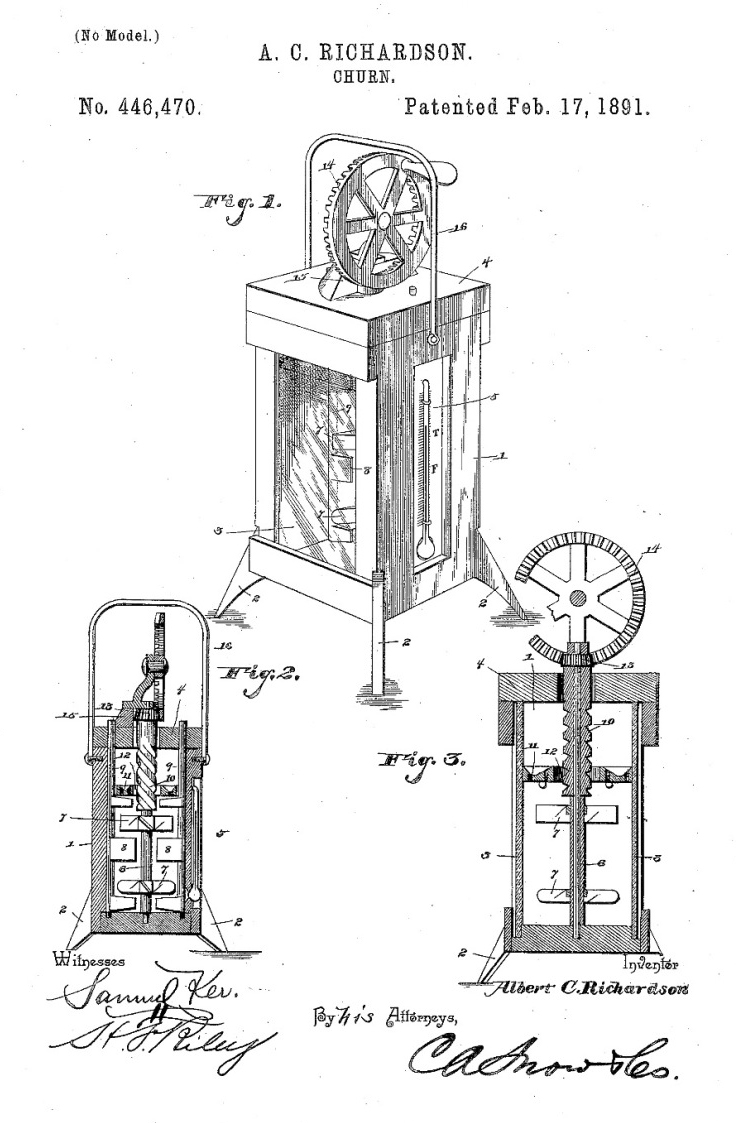