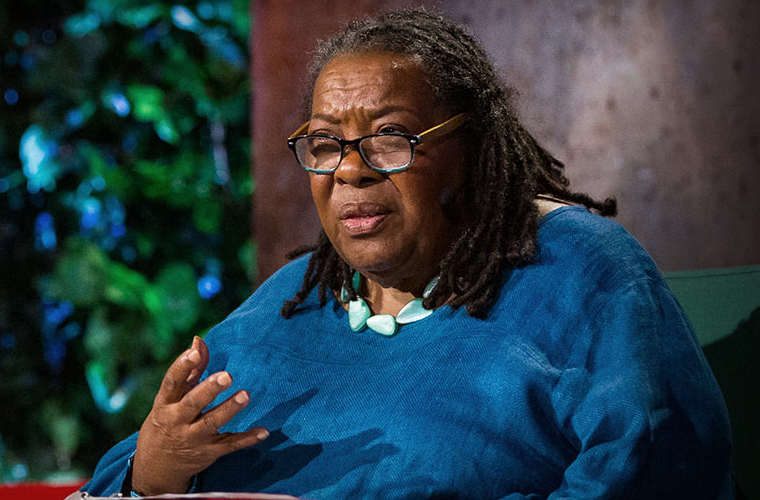 Ruby Sales, born in Jemison, Alabama, on July 8, 1948, suffered many hardships during the civil rights movement but was not disparaged. She has spent her adult life working in philanthropic endeavors.

While studying at the Tuskegee Institute in Alabama, Sales became involved with the state’s Freedom Summer voter registration drive. One afternoon, as she and Jonathan Daniels, a white seminarian, stood in line at a corner store, a man shot and killed Daniels for standing behind Sales in line. Unnerved and unable to speak significantly for seven months, Sales determined to attend the trial of Daniels’ murderer, Tom Coleman, and to testify on behalf of her slain colleague. Her perseverance moved her to a career in social activism.

After earning her B.A. in American history in 1971 from Manhattanville College, where she was a National Council of Churches Merit Scholar, Sales enrolled in graduate school at Princeton University. Between 1971 and 1976, she was a Danforth Scholar, and she advanced to a Ph.D. candidacy in American history before leaving the university. Sales taught adult education in Boston for a year, and then worked as director of the Citizens’ Complaint Center in Washington, D.C. From 1986 to 1988, she taught courses on the civil rights movement and African American women’s history at the University of Maryland before becoming affiliated with the National Women’s Studies Association.

In 1994, Sales entered the Episcopal Divinity School in Cambridge, Massachusetts. She studied feminist, African American, and liberation theologies with an emphasis on race, class, and gender issues, and in 1998 received her master’s of divinity. Her training as a seminarian prepared her to launch SpiritHouse in 2000, a nonprofit organization focused on community organizing and spiritually based community building. Sales have written several articles and have appeared as a commentator on several television programs. She lives in Washington, D.C.