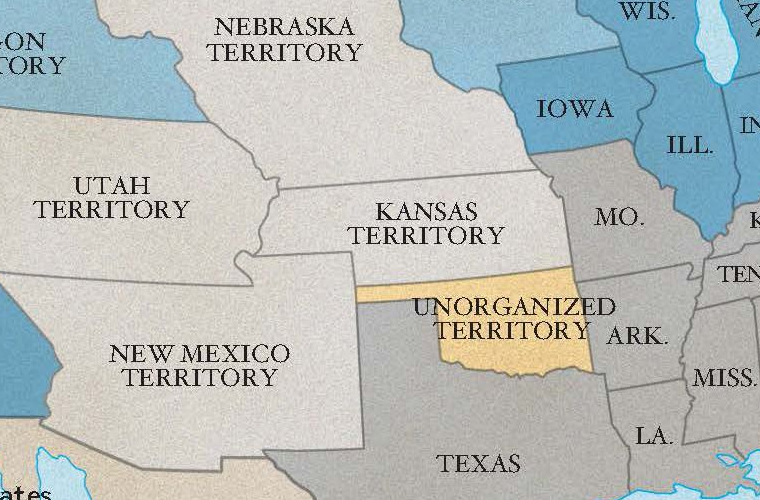 Kansas-Nebraska Act, (May 30, 1854), in the antebellum period of U.S. history, critical national policy change concerning the expansion of slavery into the territories, affirming the concept of popular sovereignty over congressional edict. In 1820 the Missouri Compromise had excluded slavery from that part of the Louisiana Purchase (except Missouri) north of the 36°30′ parallel. The Kansas-Nebraska Act, sponsored by Democratic Sen. Stephen A. Douglas, provided for the territorial organization of Kansas and Nebraska under the principle of popular sovereignty, which had been applied to New Mexico and Utah in the Compromise of 1850. 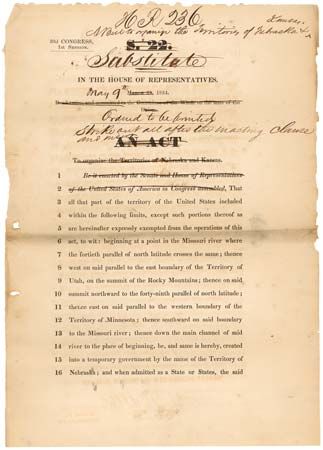 United States: areas affected by Missouri Compromise, Compromise of 1850, and the Kansas-Nebraska Act Compromises over extension of slavery into the U.S. territories.Encyclopædia Britannica, Inc.

Written in an effort to arrest the escalating sectional controversy over the extension of slavery, the Kansas-Nebraska Act ironically fanned the flame of national division. It was attacked by free-soil and antislavery factions as a capitulation to the proponents of slavery. Passage of the act was followed by the establishment of the Republican Party as a viable political organization opposed to the expansion of slavery into the territories. In the Kansas Territory a migration of proslavery and antislavery factions, seeking to win control for their respective institutions, resulted in a period of political chaos and bloodshed. See Bleeding Kansas.